Man due in court on Friday after firearm seizure in Finglas 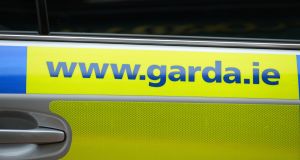 Gardaí found two handguns and a quantity of ammunition inside a rucksack. Photograph: Frank Miller

A man is to appear before Blanchardstown district court on Friday morning in connection with the seizure of two firearms and ammunition in Finglas this week.

The man (30) was spotted acting suspiciously on Casement Drive in Finglas by gardaí at 10.35pm on Tuesday.

The officers approached him but he fled through a number of gardens, discarding a rucksack in the process.

Gardaí pursued him and he was eventually detained.

The rucksack was recovered and officers found two handguns and a quantity of ammunition inside it.

During a search of the man, gardaí also discovered a set of keys which belonged to a stolen car parked on Casement Drive.