Legal doubt cast on detention of 93 under mental health law 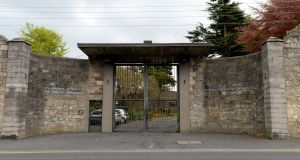 A section of law under which 93 people are detained, including 15 in the Central Mental Hospital (above), has been declared unconstitutional Photograph: Dara Mac Donaill / The Irish Times

A section of the mental health law under which 93 people are currently involuntarily detained, including 15 in the Central Mental Hospital, has been declared unconstitutional by the Court of Appeal.

However, the court has suspended its finding for six months to allow the Government and the Oireachtas introduce a new law and prevent the court’s ruling having “potentially catastrophic consequences” within the mental health system.

If the people detained under the section of the Mental Health Act 2001 were to be suddenly released, Mr Justice Gerard Hogan said, “it would be likely to have unfortunate consequences for their personal welfare and might well, in some circumstances at least, pose a possible risk to the lives and safety of others”.

The case before the court concerned a man, “Mr B”, who has an intellectual disability and has at times been deemed a risk to himself and to his family.

The section of the law that has been deemed unconstitutional is used to detain people involuntarily in mental health institutions who are not in a position to make decisions as to the care they require.

The case does not affect those who are in mental health institutions as a result of having been brought before the courts on criminal charges.

Mr B was detained in St Loman’s Hospital, in Mullingar, and his detention was renewed for periods of six weeks, three months, and later 12 months.

While he was able to initiate reviews of the early periods of detention, he was unable to challenge the legality of his 12 months’ detention, even if his mental health improved.

“The right to liberty is expressly protected under our Constitution, and the protections provided under that right have been further clarified by the Court of Appeal,” Emily Logan of the Irish Human Rights and Equality Commission said in the wake of the ruling. “This decision underlines the need for people to have reasonable and timely opportunities to have their detention reviewed.”