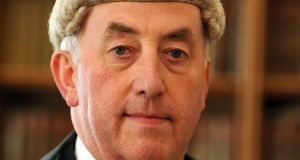 The appointment of Ms Justice Mary Laffoy to the Supreme Court means she will be replaced by Mr Justice Peter Kelly on the three judge High Court assigned to hear the challenge by United Left TD Joan Collins to the Government’s promissory note payments.

The case is fixed for hearing on October 8th. The other two members of the divisional court are Ms Justice Mary Finlay Geoghegan and Mr Justice Gerard Hogan.

The court was previously told the Central Bank is opposed to certain documents sought for the case being made public and was insisting these remain confidential.

It was understood all relevant documents were provided for the earlier challenge by businessman David Hall to the promissory note payments, the court heard. Any dispute on documents will be addressed later when the case comes before the divisional court for case management purposes.

Ms Collins, who represents Dublin South Central, claims the promissory note payments, proposed as part of the €31 billion recapitalisation of Anglo and the two building societies announced by the minister for finance in 2010, are unlawful and unconstitutional.

She claims the payments are a profound attack on the democratic nature of the State because they amount to an appropriation of public money which was not authorised, as required by the Constitution, by a vote of Dáil Éireann.

Ms Collins previously unsuccessfully sought with other TDs to be joined to the Supreme Court appeal by Mr Hall against the High Court’s finding he did not have the required legal standing to challenge the note payments.