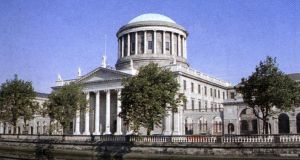 A High Court judge refused to grant the HSE orders forcing a pregnant woman to have a Caesarean section (CS) against her will so as to vindicate the right to life of her unborn child, it has emerged.

While he could not see why the woman would choose to take on an “unnecessary” risk of injury or death to herself or her child, it was a “step too far” to order a forced CS even if that increased the risk to both mother and child, Mr Justice Michael Twomey ruled.

The increased risk she was undertaking for her unborn child did not justify the court effectively authorising her to “have her uterus opened against her will”, he said. That would constitute a “grievous assault” if done on a woman who was not pregnant, he noted.

The HSE sought the order after doctors advised, if the woman’s fourth child was delivered naturally after her three previous CS deliveries, there was a risk her uterus would rupture posing risks to the life and health of herself and her baby. A natural birth in such circumstances was “unheard of” here, the court was told.

The woman believed seeking a natural labour would expose her to a 3 per cent risk of uterine rupture and the risk of uterine rupture from an elective CS was between 0-1 per cent. The obstetric evidence guessed the risk from a trial of labour could be higher but that was only a guess as a natural delivery had never happened in an Irish hospital after three CS, the judge noted.

The day after the emergency court hearing, held in private in recent weeks and believed to be the first of its kind here, the woman agreed to a CS delivery after her waters broke. Her daughter was born healthy.

The unborn was separately represented at the hearing. The child’s father was not represented.

In his judgment, released on Wednesday, the judge said this was an urgent case heard in great haste involving a woman then 40 weeks pregnant whose baby was due the previous day.

A “crucial factor” was her three other children were all born by CS. The obstetric evidence was natural delivery after CS carries a risk of uterine rupture. Her obstetrician had said he could not oversee a natural delivery in the circumstances and no hospital here was willing to supervise natural delivery of a baby after three CS procedures.

The medical advice was she should have an elective CS rather than attempt a natural delivery. She was also advised opting for a natural delivery after three CSs could require an emergency CS, carrying “greater risks” to the health and lives of mother and unborn.

The woman has no psychiatric condition and the HSE had not shown she did not have the necessary capacity to decide on medical treatment, he held. The HSE had argued she was unduly influenced by a doula or birthing assistant.

He could not see why she would choose to increase the risk of death or injury to herself or her child and doctors and nurses who gave evidence could not be criticised for their concern for herself and her unborn.

If this case was just about the woman’s health alone, she would be entitled to refuse medical advice even though that increased risk of injury and death to herself, he said.

Her refusal to follow medical advice in the context of her unborn child raised a more difficult issue because of Article 40.3.3, which protects the right to life of the unborn, he said. The increased risk to the unborn did not justify a court order forcing the woman to have the CS, he ruled.

Guidelines of the Royal College of Obstetricians and Gynaecologists suggested a woman with two or more CS could be a candidate for natural delivery but also noted half of the woman referred to had a previous vaginal birth. This woman never had a vaginal birth and guidelines of the Institute of Obstetricians and Gynaecologists of Ireland do not contemplate normal labour for a woman who has had three CSs, he said.

After her child was born, the woman applied to have the decision made public but the HSE argued that would not be in the interests of her child or of medical witnesses.

While he could see why the HSE believed publication was not in the child’s interests, a decision on what is in the best interests of this child was, save in exceptional circumstances, for her mother and not the HSE to decide, the judge said.

The purpose of the in camera order was to protect mother and child who want it lifted, he said. No perceived interest of the HSE or its staff could outweigh the constitutional requirement justice be administered in public but the judgment would not disclose the identities of any witnesses, he directed.