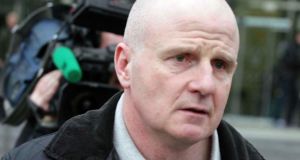 Damien O’Neill of Greenwood Park in Coolock was sent to prison for 56 days. Photograph: Collins Courts 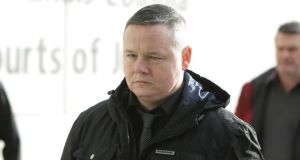 Paul Moore of Mount Olive Grove in Kilbarrack was sent to prison for 56 days. Photograph: Courtpix 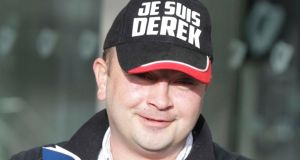 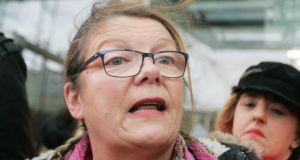 Two of the five water protesters have been committed to prison for 56 days, with the remaining three for 28 days.

The punishment for contempt is not a light one, and it is certain their imprisonment will galvanise support within the groups who are completely opposed to water charges.

The law of contempt of court is a strange hybrid – where the law is not so much an ass as a mule. It is a creature more of civil law than criminal law – and its purpose is to uphold the authority of the courts and the orders that they make. It can seem very blunt. The court has the power to keep the offending party in prison until they purge their contempt.

There was the very similar case of the Rossport Five, who defied court orders during protests against the Corrib gas drilling operations off the coast of Mayo. The five men spent 94 days in prison before being released. It seemed disproportionate to the offence but the courts will argue it is the only instrument open to it to ensure binding orders are complied with.

How will the jailing of the water protesters affect the general public mood or dispensation on this issue? There has been a bit of pendulum swinging on that in the past few months. The penning-in of Joan Burton’s car in Tallaght would have alienated some moderates who were instinctively against the water charges, but felt uncomfortable with the direct tactics employed by protesters. Any doubters among that group would have been lost once they saw Derek Byrne’s outrageous language and aggression towards the President, which he recorded on video for the world to see.

Indeed, that wasn’t Byrne’s worst piece of work – there is a video posted on YouTube in which he taunts and provokes a woman garda in a disgraceful and nasty manner. So Byrne isn’t exactly a cuddly sympathetic character and some of the tactics used by in-yer-face video-wielding protesters have really stretched the definition of “peaceful protest”. Just because you are shouting out the slogan doesn’t mean it’s peaceful – especially with the shocking words they use including the casual portrayal of gardaí as “scumbags”.

The five people who were found in contempt are all hardened anti-water charge protesters, who have become, in effect, flying pickets. The inner city suburb of Stoneybatter, where they defied the court order, isn’t exactly their home patch. All of them come from suburbs farther north in the city. As against that, some of the responses from authorities have been disproportionate. The manner of the arrests of Socialist Party TD Paul Murphy and others were overreactions that reflected very badly on the Garda and on the “establishment”. While it’s not credible to describe it as “political policing”, the incidents have been perceived as attacks on, and targeting of, less affluent communities outside the political consensus.

That sense of exclusion and abandonment will have been exacerbated by the stiff terms of imprisonment handed out yesterday.

Core supporters of the campaign – extending to Sinn Féin and anti-austerity campaigners – will bristle with anger and indignation.

The group is a minority and a vocal one. But it is not a small one, still numbering into the tens of thousands.

There is no evidence to date to show that its support base is dwindling.

Five in contempt- Who they are
■“Politically active”mother-of-three BernieHughes, (56),“stood in the last election” for theUnited Left Alliance,the High Court heard.
■ Father-of-two Derek Byrne (36)– the man who made controversial remarks about the President.
■ Paul Moore has no previous convictions.
■ Damien O’Neill(46), is employed as a security officer.He has not been before the courts or come to the attention of the gardaí before.
■ Father-of-three Michael Batty(64), whose chronic asthma requires him to be in a dry and sunny climate, has not had contact with the criminal justice system before.