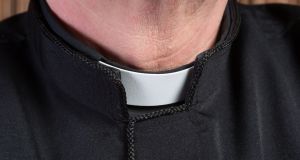 The judge noted the medical evidence is that the priest derives some benefit from the treatment. File photograph: Getty

The president of the High Court has made orders permitting the continuation of Electroconvulsive therapy (ECT) treatment for an elderly priest suffering from severe treatment resistant depression.

The priest, aged in his eighties, is a ward of court having been assessed as lacking capacity to make decisions about his person and finances.

On Monday, David Leahy, for the Health Service Executive, asked Ms Justice Mary Irvine to continue orders permitting the administration of ECT to the priest.

The judge noted the medical evidence is that the priest derives some benefit from the treatment and doctors consider it is “crucial” to keep the worst aspects of his depression at bay. Doctors also considered, without it, he would probably become catatonic.

Mr Leahy said, while the priest himself considers he does not get much benefit from the treatment, neither did he really object to it.

The judge said she would make the orders sought and also returned the case to January for further review.