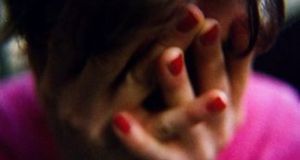 What lessons can be taken from the Hawe family case to reduce the chances of such awful acts happening again, or at the very least to reduce their frequency? File photograph: Getty Images

When the media focus on the Cavan murder-suicide diminishes, the shattered relatives and friends of the Hawe family will be left with their grief and pain, and a massive void in their lives.

But what will Irish society have learned?

What lessons can be taken from this case to reduce the chances of such awful acts happening again, or at the very least to reduce their frequency?

If past cases are anything to go by, we will not understand murder-suicide any better.

Prof Ella Arensman, director of research at the National Suicide Research Foundation, has spoken out in recent days about the media’s coverage of the Hawe case as being too graphic.

Like other professionals who work in the suicide and self-harm prevention area, she argued that when details of how people kill themselves and others are published, it can lead to copycat events.

Her foundation issued a short briefing document to the media this week to urge caution and to provide details that might help put the murder-suicide phenomenon into context.

The document notes that 80 per cent of those who carry out murder-suicides have a history of psychiatric disorders, in particular depression.

There were other facts and figures: there have been at least 24 murder-suicide cases in Ireland since 2004, for example.

However, almost all of the information was based on international research.

Little information exists about the Irish context, because only scant research has been done.

Prof Arensman said an independent research body directed by a group of stakeholders – the HSE and Garda among them – needs to be appointed to review all of the cases in Ireland over at least the last 10 years.

And the data from that review should be added to by a much more thorough investigation of future cases similar to that which claimed the lives of the Hawe family this week.

As things stand, Alan Hawe’s death will be recorded as a suicide. And the murders of his wife Clodagh Hawe and sons Liam (13), Niall (11) and Ryan (6) will be recorded in the regular crime statistics under the ‘homicide’ category.

The four murders will be counted in the same category as killings in the Kinahan-Hutch feud, for example, and with lives claimed in drunken brawls.

Nowhere will this case be officially recorded by a State justice or health agency as a murder-suicide.

And because the murderer in this case is dead and cannot be put on trial, the Garda inquiry under way since the alarm was raised last Monday morning is simply gathering information for a coroner’s inquest. The inquest is a process that establishes cause of death only. It does not apportion blame.

And in many cases inquests only record a narrative verdict; nothing more than a description of the physical injuries death resulted from.

There is a very strong chance that all the public will ever know in solid fact about the Hawe murder-suicide case this week is the nature of the fatal injuries.

There may be some snippets of the family’s last days, as there already have been, that emerge at the time of the inquest and which often only lead to more speculation.

When it comes to Ireland naming, recording and studying murder-suicides with a view to tackling the phenomenon, it would appear we have simply chosen not to do so.