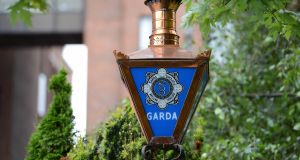 Garda Headquarters has ordered an internal disciplinary inquiry in Limerick after a car crash last December in which a man was found to be three times over the drink-driving limit, but was never prosecuted.

The move will come as a major embarrassment to the Government and the Garda, especially since several years of controversy over gardaí terminating motorists’ penalty points had eased.

The man’s BMW car overturned on the outskirts of Limerick city on December 11th, and he had to be helped from the vehicle by gardaí and fire brigade.

He claimed that he had swerved to avoid another vehicle that fled the scene.

He was taken to the University College Hospital in Dooradoyle, where a blood sample was taken to be tested for intoxicants, including alcohol, and sent to the Medical Bureau of Road Safety.

On December 22nd, the Bureau reported, in a certificate that has been seen by The Irish Times, that the sample had registered 175 milligrams of alcohol per 100ml of blood – more than three times the legal limit.

A prosecution would then commence, with a summons dispatched to the motorist fixing a court hearing. However, the man faced no further action despite the result of his blood test.

There is no record of any summons in relation to a drink driving matter being issued in this case, according to a number of sources interviewed by The Irish Times.

Under the statute of limitations for drink-driving offences, applications for summonses must be made within six months of the alleged offence so the driver cannot now face prosecution.

The lack of any prosecution being commenced in the case came to the attention of the Garda authorities earlier this year, which prompted an internal disciplinary investigation by Phoenix Park.