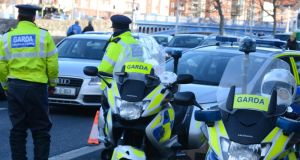 As demands for the extra Garda resources are usually created by a commercial events, the force charges for it – the Garda generated €2.869 million from such activities last year. Photograph: Cyril Byrne

The Garda raised almost €3 million last year by charging sports bodies, event promoters and commercial entities for the policing provided to them.

Multinational company Shell paid the Garda €158,746 for policing, with most of that arising from the force’s operation around Shell’s gas pipeline in Co Mayo.

The new figures – supplied by the office of interim Garda Commissioner Noirín O’Sullivan to the Public Accounts Committee, after a request by committee chairman John McGuinness – reveal that privately owned concert and promotions companies pay more for policing than even the GAA, FAI and IRFU.

Details of the fees charged by the Garda for what it terms “non-public duty”, carried out by Garda members working overtime, have never been released before.

The Garda generated €2.869 million from such activities last year.

MCD was behind the controversial Swedish House Mafia concert in Dublin’s Phoenix Park in 2012, where stabbings and other forms of violence occurred. MCD’s payments to the Garda were much higher than any other body or event.

The FAI was next, paying the Garda a total of €185,855. That figure does not include much smaller sums paid by soccer clubs affiliated to the organisation.

GAA headquarters was the fifth-largest paying client of the Garda last year, with payments totalling €179,638. This doesn’t include payments by some county boards, though those are modest.

Dublin GAA, for example, made a payment of €7,801 last year, with a small number of other county boards paying lower fees.