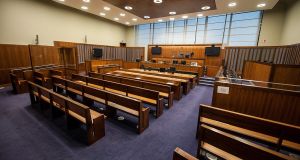 A former priest who sexually abused his niece more than 30 years ago has avoided jail for a second time, despite an appeal by prosecutors in a case described as “rare and exceptional”.

The 60-year-old man, whose details cannot be published to protect the victim’s identity, had pleaded guilty to 12 counts of sexually assaulting his niece on dates between 1979 and 1985 when she was aged between six and 13 and he was in his 20s.

He was given wholly suspended 18 month sentences by Judge Pat McCartan on March 1st, 2016.

The Director of Public Prosecutions sought a review of the man’s sentence on grounds that it was unduly lenient. However, the Court of Appeal found on Tuesday the sentencing judge acted within his discretion.

Giving judgment, Mr Justice Alan Mahon said the offences took place when the man was visiting or staying in the family home while he was studying for the priesthood.

He was confronted in the mid- to late 1980s by her parents. He informed his bishop, who contacted gardaí. Gardaí then interviewed the victim’s parents.

Nothing further appears to have been done at that time because of the reluctance of the victim’s parents to pursue the matter, Mr Justice Mahon said.

That remained the case until 2013 when the victim approached gardaí­ following the death of her mother.

Following his disclosure to his bishop, the man attended counselling arranged by the church authorities. In 1994 he moved to America where he applied for laicisation.

This was granted by the church and he left the priesthood in 1995, moved to London “he says as a form of self exile,” Mr Justice Mahon said, and married.

The sentencing judge described the circumstances of the case as “unique”. “Indeed, they are,” Mr Justice Mahon said.

The level and extent of the man’s acknowledgement of the abuse at a point in time when the “full horrors” of clerical child sex abuse were “only emerging” was “itself remarkable and unusual”, Mr Justice Mahon said.

The fact that he informed his bishop, engaged in rehabilitation and sought laicisation within six years of being confronted by the victim’s parents indicated a degree or remorse of guilt “not often seen in these types of cases”.

This coupled with the “speedy reporting” by the church authorities to the Garda­ “might be considered as unusual” in a case of historical child sex abuse from 30 years ago, the judge said.

On the other side of the coin, a young girl was abused by her uncle in a manner that can only be described as serious. The acts did not involve more serious types of abuse and would be more properly described as mid-range, the judge said.

Now an adult, the victim presents a picture of life long anguish, torment and lack of confidence, the judge said. She had stated that “this man was my uncle and I should have been able to trust him”.

Thankfully, Mr Justice Mahon said, she has succeeded in largely turning her life around.

Mr Justice Mahon said the onus was on the prosecution in an undue leniency appeal to establish a clear divergence from the norm and that a sentencing judge had a wide discretion in any matter.

He said the case had many “unique and unusual” features many of which have to be viewed as strong mitigating factors.

It was only in rare and exceptional cases that acts of sexual abuse committed by adults against children will not merit a prison sentence.

“At this remove, this is one of those cases” but it “almost certainly” would not have been had it been prosecuted in the late 80s or 90s.

As of now, the man had taken every positive step throughout the last 30 years indicating genuine remorse.

He sought laicisation, avoided contact with his niece which included him staying away from his mother’s funeral. lived in the UK rather than Ireland, gave up his succession rights to a family home, disclosed the sordid details to his wife before marriage and contributed to his niece’s counselling.

Mr Justice Mahon, who sat with Mr Justice George Birmingham and Mr Justice John Edwards, said the sentencing judge acted properly within his discretion in deciding to suspend the entirety of the sentence.

However, the court identified an error to the extent that the correct maximum sentence for counts committed after June 5th, 1981 was 10 years and not two.

It was necessary for the court to quash the sentences imposed in respect of those counts. He was resentenced to four years imprisonment but these were suspended in their entirety.

Mr Justice Mahon said the court had regard to the matters considered in the Circuit Court as well as the fact that he is the sole carer for his wife who has debilitative health problems and required his constant assistance for ordinary living.

The man was required to enter into a good behaviour bond for the suspended period. When asked if he undertook to be so bound, he said “I do”.