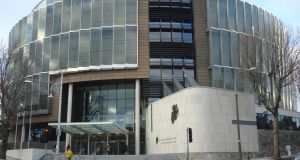 Peter Kennedy (74), a former member of the Kiltegan Fathers order, has been jailed for 10 years

A former priest who was on the run in Brazil for almost a decade has been jailed for 10 years for abusing 18 boys during the 1960s, 1970s and 1980s. Peter Kennedy (74), a former member of the Kiltegan Fathers order, committed the abuse in five counties as he was moved from parish to parish.

In the early 2000s many of his victims began to come forward causing Kennedy to go to Brazil. He stayed there eight years until he was deported to the UK in 2011. From there he was returned to Ireland to face these charges.

Kennedy was a missionary in Africa before serving in several parishes in Ireland. He would use his position as a priest to gain access to the boys and molest them. In some instances he threatened them with damnation if they reported what he did and on one occasion told a boy that he [Kennedy] was an “angel of God and God didn’t mind what he did”.

Another boy was repeatedly abused when Kennedy visited the family home to pray with the child’s dying father and administer the last rites.

Kennedy, with a former address in Ballinahown, Co Westmeath, pleaded guilty to 27 counts of indecent assault in various areas of the country between 1968 and 1986.

Abuse
Dublin Circuit Criminal Court heard that some of these charges are “sample counts” representing more than one instance of abuse.

After hearing the evidence, Judge Martin Nolan commented that by his count there were over 100 instances. One victim alone told gardaí he was abused about 100 times.

Imposing a 10-year sentence, Judge Nolan commented that Kennedy had “destroyed the lives of 18 boys for no other reasons than to satiate his own perverted needs. He left a path of destruction behind him and one could not be anything but filled with sadness on hearing the victim impact reports,” the judge said.

Judge Nolan said Kennedy betrayed his oath as a priest, his order, the community and “most terribly” the children he abused. He said the former priest knew the children would likely not be believed if they told their parents, or that their parents would be too afraid to go to the Garda.

The judge remarked after getting away with it the first time, Kennedy realised he was unlikely to get caught and became “very industrious about satisfying these needs”.

Sentence
The sentence was backdated to December 2011 when Kennedy first went into custody in Ireland.

During a lengthy sentence hearing, prosecuting counsel Mary Rose Gearty SC, detailed a pattern of offending, which often involved the accused calling over to families’ homes and finding opportunities to be alone with the boys.

The victims were mostly aged between 10 and 15, however, one complainant told gardaí he was eight when it started and another was a young adult when Kennedy attempted to molest him.

Kennedy stopped being an active priest in 1986 when some of these offences began to come to light.

He then moved to London where he worked in various jobs before he was officially defrocked by the church in 2003.

Victim impact reports were read out in court on behalf of eight of the victims, all of whom are now middle-aged or older. Several detailed depression, suicide attempts and substance abuse.

“He was ordained to do the work of God but instead he did the work of the devil,” one man wrote after telling the court that he has never hugged his children because of his issues with intimacy.

Another man requested a lengthy jail term for Kennedy and said any apology in court would be worthless.