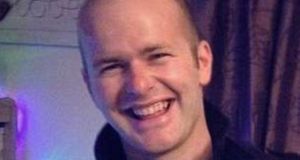 A fisherman accused of murder has claimed he was acting in self-defence when an Irish man charged at him and accidentally impaled his head on the screwdriver he was holding.

Andrew Doan had been fishing with a friend on Swan River in East Fremantle, Perth, Western Australia when he became embroiled in an argument with Charles McCarthy.

Mr McCarthy (32), who emigrated to Australia from Upper Aghada, Co Cork, in 2000, had been out drinking at a Christmas party with his wife and a male friend before the altercation in the early hours of December 23rd, 2017.

Defence counsel Michael Perrella told the West Australian Supreme Court in Perth on Monday his client, who is Asian, became angered after Mr McCarthy’s friend made a racist comment.

A verbal argument and scuffle ensued and Mr Doan was holding his arms up to protect his face - screwdriver in hand - when Mr McCarthy charged, impaling himself in a ‘freak and tragic accident’, Mr Perrella said.

Mr McCarthy’s family flew from Ireland to be by his bedside in the intensive care unit before the father of two’s life support was turned off at Royal Perth Hospital. –AAP