Figures suggest Supreme Court has a propensity for consensus 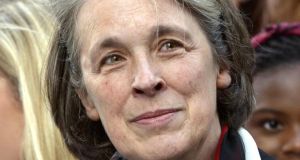 Put a group of experienced judges with strong views, formidable advocacy skills and a lifetime of accumulated prejudices into a room. Ask them to make hundreds of fine calls every year over constitutional provisions and laws that can be vague, opaque or clearly open to different interpretations. Surely, you might think, they’ll disagree an awful lot of the time.

Not quite. An analysis by The Irish Times of all judgments published by the Supreme Court over the past five years reveals quite a mixed picture. Of 332 judgments issued between July 1st, 2008, and June 30th, 2013, the court decided unanimously in 87 per cent of them. At least one judge dissented in 10 per cent of cases, with the remaining 3 per cent being appeals where the court was obliged to publish a single judgment or did not require a formal ruling.

The picture changes when judgments issued by the court sitting as a bank of three judges – cases not involving a constitutional element or a fundamental point of law – are excluded. Taking the judgments of five- and seven-judge courts, the proportion of unanimous decisions fell to 73 per cent. In 20 per cent, at least one judge dissented.

In the five-year period to June 30th, the Supreme Court overturned the decision of a lower court in 43 per cent of its published judgments. It upheld the lower court’s ruling in 51 per cent of cases, with 6 per cent of judgments not requiring a formal decision. The study does not include ex tempore judgments, given verbally after a hearing .

What might explain the court’s propensity for consensus? First, it may be due to the relatively routine nature of many of the appeals. Unlike most equivalent courts, the Supreme Court of Ireland cannot filter its cases. It receives a large number that have no constitutional element and can be disposed of relatively easily.

Second, there may be a connection to the workload. There is a four-year waiting list for appeals, putting the court under severe pressure. One former judge suggests this could be a factor when members of the court decide whether to write a dissenting judgment. “Supposing you’re the only one in a conference of five [who disagrees with the majority opinion]. Might you be less inclined to write a dissenting judgment?” Against that, a judge on the current court says this would be very unlikely.

Of the four judges on the court over the entire period of the study, Adrian Hardiman and Nial Fennelly dissented in nine appeals. Susan Denham, Chief Justice since 2011, dissented in six cases, while her predecessor, John Murray, was in dissent four times. Of the other judges, Donal O’Donnell and Liam McKechnie joined in 2010 while Frank Clarke and John Mac Menamin were appointed last year.