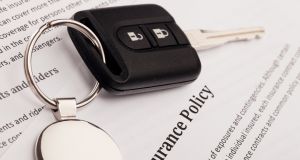 Fewer than 10 per cent of motorists driving without insurance on the State’s roads are caught every year. Image: iStock.

Fewer than 10 per cent of motorists driving without insurance on the State’s roads are caught every year and Garda middle managers say efforts to raise the rate are being scuppered by a lack of technology.

The Association of Garda Sergeants and Inspectors (Agsi) says access to a real-time database of insured drivers is badly needed to help the force identify uninsured vehicles when they are stopped at checkpoints.

Agsi says that if the database was available and Garda members were given devices linked to it, every vehicle could be checked at the roadside and uninsured drivers could be detected and have their vehicles seized on the spot.

Some handheld devices have been rolled out as part of pilot schemes but Agsi says the real-time database is needed to make the State’s roads safer.

Sgt Roger Nicholson, who is based in Mullingar, Co Westmeath, told the closing session of Agsi’s general conference in Ballyconnell, Co Cavan, that many people continued to drive uninsured despite the heavy penalties they could face.

He said the 12,000 people being caught annually face fines up to €5,000, five penalty points and six months in prison but the Motor Insurance Bureau of Ireland still estimates there are 150,000 uninsured drivers on the roads.

“While gardaí have the power to seize vehicles . . . for driving without insurance and other offences, we are still required to give drivers 10 days to produce their certificate of insurance or exemption at a Garda station of their choice.”

Sgt Nicholson said changes made to the Road Traffic Act 2010 stipulated that all vehicles insured in the State must be included in the national fleet database.

This meant if gardaí had devices that could read registrations which were linked to a database, any insured driver would be detected immediately.

“We do not have access to the real-time database,” he said, adding that enforcement would be greatly improved if access was facilitated.

“It would result in a significant change in the number of detections and reduce the incentive for people to drive without insurance.”

Agsi voted in favour of a motion calling on Minister for Justice Charlie Flanagan to make the handheld devices available across the Garda and to introduce access to the real-time database of insured drivers for the first time.

Covid-19: 431 new cases and 12 further deaths reported 17:46
Brothers lose appeal over other siblings controlling mother's financial affairs 17:40
Data watchdog writes to Sinn Féin over collection of Facebook users’ information 17:39
‘They could have killed me’: Man pushed off bicycle while cycling at Sally Gap 17:32
Covid-19: Vaccination of vulnerable under-60s to resume 17:25