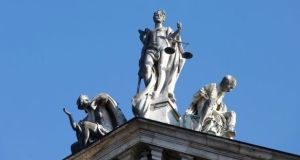 The McKirenan family are seeking access to a police investigation into claims a senior British agent was involved in Anthony McKiernan’s killing.

The family of an IRA man executed for being an alleged informer has launched a legal bid for access to a police investigation into claims a senior British agent was involved in his killing.

Anthony McKiernan’s murder in 1988 was linked to the army’s most prized asset within the Provisionals, who operated under the codename ‘Stakeknife’. West Belfast man Freddie Scappaticci has denied being the spy said to have headed up the IRA’s internal security unit known as the ‘Nutting Squad’.

At the Belfast High Court on Monday, lawyers for Mr McKiernan’s family began attempts to secure any report from a re-examination of the case completed in 2012, by the now-defunct Historical Enquiries Team (HET).

Barrister David Heraghty argued there is a legal obligation to provide material to the next of kin. He claimed the current four-year delay amounted to a “public law wrong”.

He told Mr Justice Maguire: “The subject matter of this claim concerns a right of information to a family who have suffered the murder of a loved one, organised and perpetrated by a suspect who is alleged to be acting at the time as a State agent.”

Mr McKiernan, from the Markets area of south Belfast, was killed in January 1988.

He had reportedly arranged to meet Mr Scappaticci hours before he was executed.

In 2003, Mr Scappaticci fled Northern Ireland after he was named in the media as being Stakeknife. Before leaving his home, however, he vehemently denied being the agent now said to be linked to up to 50 murders.

In October 2015, Director of Public Prosecutions, Barra McGrory QC called for police to examine Stakeknife’s activities, along with what was known by the RUC Special Branch and MI5.

Chief constable George Hamilton has since decided detectives from an external force should handle an inquiry which could last five years and cost more than €43 million.

The HET’s re-examination of the McKiernan killing is to be included in that new probe. According to Mr Heraghty, that will compound the years of delay endured by the family.

Amid confusion about whether the HET ever produced a review summary report in the case, he claimed Mr McKieran’s family have been provided with no information.

But Mr Justice Maguire stressed that the death, along with wider activities of the IRA ‘Nutting Squad’, remains subject to police scrutiny. He pointed out: “Mr Scappaticci, to my knowledge, has not been made subject to any charges. “While folklore has it that he was a central figure to many murders in the enforcement of IRA discipline, that’s folklore.

“The point of it is, at the moment there’s a live investigation into Mr Scappaticci and his (alleged) activities.”

The judge also questioned the right to access files from an ongoing police inquiry, adding that he could be “besieged” by similar litigation if he allows the bid for a judicial review to proceed.

It was disclosed that at least 40 so-called ‘legacy cases’ are currently before Belfast’s High Court. Counsel for the PSNI emphasised that there is no HET review summary report of the McKiernan probe.

He acknowledged that correspondence erroneously indicating such a dossier, was sent to the police ombudsman and had created confusion. On that basis Mr Justice Maguire adjourned proceedings for an affidavit from a senior police officer to clarify the position.