Facebook users to get alerts in emergency missing-child cases 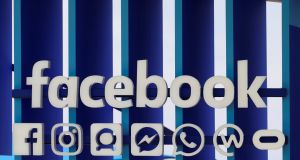 Every Facebook user in Ireland will receive an alert to their accounts when children go missing in extreme emergency situations.

The move follows an agreement between the US social media giant and the Garda.

The new procedure will become operational immediately and is being formally launched in Dublin on Wednesday morning.

The Facebook alerts will be used for all Child Rescue Ireland (CRI) cases. CRI is a system used when the Garda launches a missing person’s inquiry for children who are missing and believed to be in serious and imminent danger.

A number of CRI cases have involved one parent taking children away in a vehicle, without the consent and against the wishes of the other parent.

In a small number of cases, children who have been the subject of CRI alerts have been murdered by a parent.

In the alerts, very detailed information is shared – including names of persons sought, vehicle descriptions and registration numbers.

Members of the public are urged to contact gardaí immediately if the children, or suspected abductor, are sighted.

The Garda already has an agreement with Twitter to share CRI alerts with its users in Ireland.

The partnership with Facebook is intended to maximise the number of people who will rapidly see the alerts.

The arrangement will be launched on Thursday morning at an event attended by Minister for Justice Charlie Flanagan and Assistant Garda Commissioner John O’Driscoll.

Emily Vacher, Facebook’s director of trust and safety, will address the gathering.