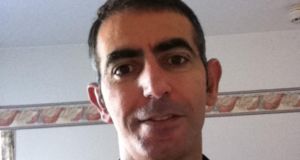 Representatives of ethnic minority groups in Northern Ireland have warned of a rise in racist and xenophobic abuse since the Leave result in the UK’s EU membership referendum.

Incidents include verbal abuse against a Palestinian nurse who was told to “get the f**k out of our country”, online abuse targeted at a Polish organisation and reports conveyed by a Green Party MLA of people being spat at in the streets of Belfast.

PSNI Supt Paula Hilman said there had been “no major spikes in racist hate crime reported over the past week”, but officers were monitoring the situation closely and she urged anyone impacted by such abuse to get in touch with officers.

Patrick Yu, head of the Northern Ireland Council for Ethnic Minorities, called on Stormont leaders to reassure the migrant community – representing 4.3 per cent of the population – that they were welcome and valued members of society.

A number of racist and xenophobic incidents reported in Britain since the Leave result materialised.

“They are also happening here,” said Mr Yu. “I am concerned. Toxic GB is going in this direction. We are working closely with the police monitoring what is happening.”

A member of Amnesty International’s Belfast group said he was racially abused in a city bar on Saturday night by a man who asked him if he was from the EU before telling him to “get the f**k out of our country”.

Mohammed Samaana, a nurse who has lived in Northern Ireland for 15 years, said: “At first I thought he was joking, but then he continued the abuse and started shaking his fists at me.

“At that point I decided it was better to leave rather than have the incident escalate.”

Amnesty director in the North Patrick Corrigan said it “feels like racists now think it is open season to attack people of a different nationality, accent or skin colour”.

Green Party MLA Clare Bailey said she is “disgusted” to hear that there has been a rise in racist incidents over the past few days in South Belfast, including people getting spat at while waiting for a bus.

“I am calling on those who were involved in the Leave campaign to join me in condemning this xenophobic behaviour and in letting our migrant communities know that they are more than welcome.”

In another incident, racist graffiti including a swastika symbol was daubed on the door of a house in Co Armagh.

The PSNI said they were treating the attack as a hate crime.

Another door was sprayed with “C18”, representing the hardline neo-Nazi organisation Combat 18, while two cars were also damaged.

It happened some time between 6pm on Saturday and midday on Sunday in the Orangefield area of Armagh.