Csaba Orsos got ‘death he feared most. He had an aversion to water’

Conviction of Marta Herda for murder restored his reputation to his family, says garda 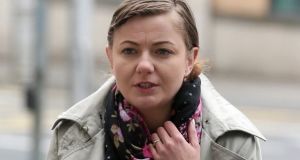 One of the Garda’s most experienced criminal investigators has said the conviction of Marta Herda for the murder by drowning of a man who had an intense fear of water had restored his reputation and given comfort to his grieving family.

Det Sgt Fergus O’Brien said dealing with the family of the deceased, Csaba Orsos, had shown him that when a killer was brought to justice it could offer comfort to grieving families.

He said Herda not only killed Orsos but had also claimed the dead man raped her just before she took his life.

On hearing Herda (31) had been convicted, the mother of Csaba Orsos (31) said: “A stone has been lifted off my heart.”

Sgt O’Brien was also one of the main investigators into the murder by Catherine Nevin of her husband Tom Nevin in their pub, Jack White’s, near Brittas Bay, in 1996.

He has served 39 years in the Garda, most of that time based in the Wicklow division as a detective. Now about to retire from the force, Sgt O’Brien said he believed gardaí should never underestimate the positive impact that a conviction can bring to victims or their loved ones.

He added when Herda climbed out her car window and ran to safety in Arklow six years ago, she immediately cried rape; in an apparent effort to suggest what she had done was self-defence.

And because that was effectively rejected at the murder trial when Herda was convicted, the outcome of the case had “redeemed Csaba Orsos’s good name for his mother’s memory”.

“I never met his mother but I’m glad we could lift some of the pain that dropped on her heart,” Sgt O’Brien said.

“I’m glad we could lift the stone off her heart. To me that is the meaning of being a police officer and that’s what makes the job worth doing.”

Herda, a Polish national currently serving life for murder in the Republic, drove her car off the quays in Arklow, Co Wicklow, in 2013 with Csaba Orsos in the passenger seat.

A Hungarian national, whom the High Court was told was in love with Herda, Orsos had a lifelong intense fear of water.

Herda knew this and deliberately drove them off the quay, plunging her car in the water before she swam to safety through her open driver’s window and Mr Orsos died by drowning in the vehicle.

While the handbrake of the car was applied just before the car hit the water, Herda had driven it through two sets of barriers to get to the water’s edge. Her trial heard that while Orsos loved Herda, she had grown tired of his interest in her and so decided to kill him.

She has unsuccessfully tried to appeal her murder conviction. Sgt O’Brien explained that he had dealt with Orsos’s brother, Zolton Sandro, who liaised with the Garda on behalf of his family back in Hungary.

The brothers had different surnames because in Hungary the tradition is for the second eldest son in a family to take his mother’s name. That meant with Orsos death, his mother’s name passed with him, which was another source of great grief for the family.

“Csaba got the death he feared most. He had an aversion to water,” Sgt O’Brien said. “He was allergic to water, he had problems with his ears, and he couldn’t swim.”

Sgt O’Brien was speaking at the closing on Wednesday of the Association of Garda Sergeants and Inspectors annual delegate conference in Ballyconnell, Co Cavan.

He was presented with an AGSI excellence award, with association general secretary John Jacob saying Sgt O’Brien was “a colleague of great stature, a policeman of great respect”.