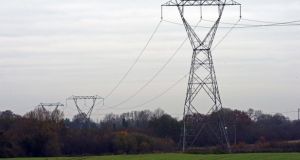 The Supreme Court will only hear an appeal if it considers a case raises issues of general public importance or is necessary in the interests of justice. Photograph: Eric Luke

The Supreme Court has agreed to hear an appeal over An Bord Pleanála’s grant of permission for the planned 138 kilometre north-south electricity interconnector.

The North East Pylon Pressure Campaign Ltd (NEPPC) and an affected landowner, Maura Sheehy, had asked the Supreme Court to hear an appeal following the High Court’s August 2017 decision rejecting their challenge to the permission.

The Supreme Court will only hear an appeal if it considers a case raises issues of general public importance or is necessary in the interests of justice.

In a published determination this week, a three judge Supreme Court found some of the grounds of appeal raised issues of general public importance while others did not.

It also set out directions aimed at ensuring a speedy hearing of the appeal.

The court agreed to hear an appeal on issues including whether An Bord Pleanála (ABP) was lawfully designated by the State as a “competent authority” under the 2013 Project of Common Interest EU regulation, and whether its functions in that role created a conflict in respect of its role in approving the proposed development.

That issue arises because the State is required under the regulation to designate “one national competent authority” to be responsible for facilitating and coordinating the permit granting process for projects of common interest.

The regulation obliges a project promoter to facilitate public participation and report to the competent authority on the results of that.

Where relevant, the competent authority is also to “actively support the activities undertaken by the project promoter.”

The Supreme Court will also address whether, should ABP’s designation as a competent authority in 2013 be found to have been invalid, there are any legal consequences for its permission for the interconnector.

A further issue on which leave to appeal was granted concerns the obligation, if any, to provide an Environmental Impact Assessment in relation to alternative proposals considered by the developer.