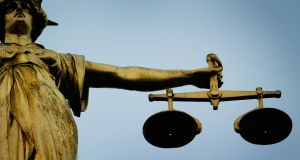 A Sinn Féin MLA must pay an Ulster Unionist MP nearly £50,000 in compensation for falsely implying he had harassed and shot people, a High Court judge ordered.

A Sinn Féin MLA must pay an Ulster Unionist MP nearly £50,000 in compensation for falsely implying he had harassed and shot people, a High Court judge in Belfast has ordered.

The “baseless” allegation was aggravated by Mr Flanagan’s failure to publish an apology until the former UUP leader took him to court, he said.

“To state that a senior politician, who had been the leader of a political party in Northern Ireland, was responsible for harassing and shooting people during his service with the UDR (Ulster Defence Regiment)... is a most serious libel,” the judge said.

Having decided that the comments merited £75,000 in damages, the judge reduced that figure by 35 per cent to reflect steps since taken by Mr Flanagan, including his apology and offer to pay damages.

He awarded £48,750, but put a stay on any payout until Mr Flanagan resolves his legal action with insurers used by Assembly members over a refusal to indemnify him.

Mr Elliott, the Ulster Unionist MP for Fermanagh and South Tyrone, sued over the contents of the tweet, posted in May 2014.