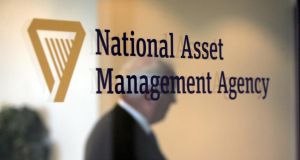 A five judge Supreme Court has unanimously rejected arguments by the National Asset Management Agency that it is not a public authority subject to freedom of environmental information requests.

Although Nama is obliged to act commercially, is it undoubtedly vested with special powers well beyond those which result from the normal rules applicable in relations between persons governed by private law, Mr Justice Donal O’Donnell said.

Nama was established under statute which confers upon it substantial powers of compulsory acquisition, of enforcement, to apply to the High Court to appoint receivers and to set aside dispositions, he said.

Its establishment and operations were “a significant part” of the executive and legislative response to an unprecedented financial crisis. Nama’s scope and scale was “exceptional” and, if it were not, it would be unable to carry out the important public functions assigned to it, he added.

The significant judgment was given in a dispute about Nama’s status which arose after a journalist, Gavin Sheridan, sought information in 2010 from Nama under a freedom to environmental information statutory instrument known as an EIR (Environmental Information Regulations).

When Nama refused, Mr Sheridan referred the matter to the Commissioner, Emily O’Reilly, who ruled in September 2011 Nama should be subject to information requests under environmental freedom of information on the basis of her finding it is a public authority within the meaning of the 2007 European (Access to Information on the Environment) Regulations.

After Nama lost its High Court appeal against the Commissioner’s ruling, it brought an appeal to the Supreme Court which today dismissed the appeal but on different reasoning from that of the Commissioner and High Court.

Giving the court’s judgment, Mr Justice Donal O’Donnell said a 2003 EC Directive on public access to environmental information was adopted in pursuit of the EU’s obligations under the 1998 Aarhus Convention on Access to Information, Public Participation in Decision-Making and Access to Justice n Environmental Matters, an international agreement under the United Nations to which both Ireland and the EU are parties.

The Aarhus Convention had adopted a very similar structure to a 1990 EC Directive in imposing a requirement of disclosure of information on public authorities but it had deliberately defined public authority more broadly than the 1990 Directive and the 2003 Directive replaced the 1990 one to address that broader definition, he noted.

The 2003 Directive was implemented in Irish law by the European Communities (Access to Information on the Environment) Regulations 2007 and those regulations set out a definition of public authority.

The judge found the reasoning adopted by the Commissioner in reaching her decision on whether Nama is a public authority contained frailties and was flawed. An agreement between both parties to the litigation concerning the scope of argument in the High Court may also have lead to that court seeking to resolve this issue via an “ultimately unhelpful” shortcut, he said.

It was “undesirable” to resolve this case on the basis a presumption of faithful transposition by Ireland of the 2003 Directive has not been rebutted, he found.

Such an approach left unresolved, at a minimum, the fundamental legal issue whether Nama was truly captured by the provisions of the 2007 regulations, the judge said.

It also meant the High Court decision had virtually no effect as a precedent for the Commissioner or any member of the public or institution dealing with Nama because it could argue, on another occasion, it wished to seek to rebut the presumption of faithful transposition.

Nama had also correctly argued in the Supreme Court it was wrong to conclude no attempt was made by it to rebut any presumption of faithful transposition, he said.

The 2007 Regulations cannot be truly and lawfully interpreted without considering the scope and meaning of the definition section concerning public authority in the 2003 Directive, and in the Aarhus Convention, the judge said.

The meaning in the Directive was unclear but a recent decision of the European Court of Justice, and an Advocate General’s opinion, had addressed the concept of public administrative functions contained in the Directive, the judge said.

The Advocate General had said the concept does not refer strictly to administrative or executive institutions in the true sense “but rather in general terms to the full panoply of state powers”.

The ECJ, while not going as far as the Advocate General, had said, in referring to public authorities, the authors of the Aarhus Convention intended to refer to administrative authorities since, within States, it is those authorities which are usually required to hold environmental information in the performance of their functions.

Applying the authoritative interpretation of the Directive as set out by the ECJ (in the Fish Legal case involving water companies in the UK), it is clear Nama is indeed a public authority exercising public administrative functions, the judge ruled.

For those reasons, the court dismissed Nama’s appeal.