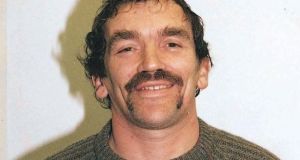 A file photograph of Martin ’the Viper’ Foley. Photograph: Collins.

The Dublin criminal Martin Foley, known as ‘the Viper’ must pay €738,449 in tax, interest and penalties after losing a Supreme Court appeal against a Criminal Assets Bureau tax bill.

Foley took a case to the Supreme Court claiming that Cab had delayed for years in pursuing him for the principal sum, interest and penalties imposed by Cab and that the total sum now owed dwarfed the original judgment against him.

The interest and penalties incurred over the unpaid tax bill more than trebled the amount initially owed.

In a ruling published on Monday the Supreme Court ruled Foley’s application for an appeal was “not arguable”.

“The court’s scarce resources must be managed in a manner consistent with the proper administration of justice and that warrants that the court’s time be reserved to hear and determine legal issues which are potentially sustainable. “And, it is the view of this court that the appeal proposed by the applicant is clearly not sustainable,” the ruling published on Monday said.

“In this case the proceedings were issued on 8th March, 2013 and the motion for judgment followed on 26th September, 2013.

Hence, there was no delay which could be relied upon to invoke the court’s jurisdiction.”

Instead, Foley was found not to have acted quickly enough when Cab secured its initial ruling against him.

The case has been before the courts for some time though reporting restrictions meant Foley could not be named before the matter concluded before the Court of Appeal in November 2019.

He appealed this decision in 2002 and submitted returns claiming his income for these two years was €72,000 and the tax due was €19,000. He also paid off a small amount of the demand which was a requirement of being allowed to appeal.

When his appeal was refused he brought another appeal to the Revenue Appeal Commissioner and submitted revised returns saying his income for these two years involved was €133,000 and his tax bill should be around €50,000.

He made four further payments which brought down the original tax bill to €178,000.

The Appeal Commissioner also rejected his appeal and he did not appeal the matter further to the Circuit Court or bring a High Court challenge, as he was entitled to do.

However, he claimed there was an unexplained delay of 11 years before the authorities moved to enforce the demand by summons.

By that stage, the bill was almost €1 million because of interest and penalties. Foley claimed he was led to believe by gardaí¬ that the tax bill would not be pursued.

He then brought a High Court case arguing that the 11-year delay between when the final demand had been made and the summons for non-payment had been issued was unfair.

The High Court rejected his case and Foley appealed this ruling to the Court of Appeal. Having heard arguments on October 7th, 2019 from Foley’s counsel and Cab, the three- judge court reserved its decision.

Michael O’Higgins SC, for Foley, argued there was no dispute on the facts of the case but there was an overarching supervisory function of the courts to ensure such matters were prosecuted quickly.

He submitted that there was a failure by the High Court to attribute sufficient weight to the delay. Foley was entitled to an explanation for the delay by Cab in seeking to recover “vast sums of money over the years”, he said.

It was open to the appeal court to consider whether the tax bill should have been reduced on the basis that the reasons for the delay have not been explained, counsel said.

A person was entitled to “get on with their lives and not have a sword of Damocles hanging over them”, he said. Benedict Ó Floinn SC, for Cab, said there was no dispute that Foley was in breach of his obligations.

Under the relevant tax legislation, there is no provision for “stopping the clock” in relation to a demand, he said. The power to stop the clock always rested with the taxpayer, he argued.

The Court of Appeal ruled that the passage of time involved had no bearing on the monies being owed by Foley and interest and penalties accruing.

Foley (68) was born in Derry but moved to Dublin when he was a child. He has survived being shot and wounded in a number of gangland attacks.

He has survived five attempts on his life and has been wounded a total of 14 times.

The most recent effort to kill him was in January 2008 when he was shot outside a gym in Dublin 12. He was a one-time member of the crime gang headed by Martin Cahill, known as ‘the General’, and Foley was dubbed ‘the Viper’ by the media.

In more recent years he took ownership of the moniker and, literally, traded off it. When he set up a business as a debt collector a logo stating ‘The Viper’ was emblazoned on his company van.

The company is no longer trading. The first of his 40 convictions was recorded when Foley was 16. He was given the Probation Act for being drunk and disorderly. He was convicted of larceny and receiving stolen goods when he was 17.

He and Cahill first came into contact when Foley was aged nine after the Cahill family was transferred to a council house on Captain’s Road in Crumlin.

It was around this time that their friendship began. It endured until shortly before Cahill’s murder, probably at the hands of the Provisional IRA, in 1994.