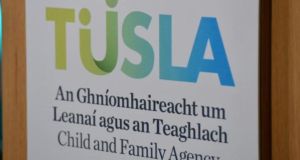 The judge granted an emergency care order to the Child and Family Agency after a teenager told a doctor in a hospital emergency unit she would harm herself if she was sent back home.

Children detained involuntarily in psychiatric units should have the same “checks and balances” as those afforded to adults, a judge at the Dublin District Family Court said yesterday.

Judge Brendan Toale ordered that a second medical opinion be obtained for a teenager who has been detained in a children’s psychiatric unit since early this month.

The judge said if the case had involved an adult in detention, there would have been a compulsory second opinion.

“I see no reason why children should be detained on a different regime to adults,” he said.

The child’s psychiatrist said his patient, who suffers from depression, had made some improvements since admission, but was not fit to be discharged at present.

He was concerned the teenager would not take required medication and any improvements would be at risk of reversal if the detention order was not continued. He said he did not believe the teenager was capable of consenting to remain in hospital.

He also told the court if the teenager needed to be detained in the psychiatric unit after reaching the age of 18, arrangements would be made for transfer to an adult unit.

The psychiatrist said there would be no fear of the teenager “falling between two stools”. If no bed was available at the adult unit, the teenager would stay in the child and adolescent unit until a space became available, he said.

Judge Toale said he was satisfied the teenager was still suffering from a mental disorder and still needed treatment not likely to be obtained in the community. He agreed to make the order for three weeks on the basis an independent second opinion would be obtained before the next court date.

Separately, the judge granted an emergency care order to the Child and Family Agency after a teenager told a doctor in a hospital emergency unit she would harm herself if she was sent back home.

The judge was told the girl, part of a large family, had been in care with some of her other siblings before being returned to her mother late last year.

The mother left Ireland recently and returned to her home country for a visit. She left the girl and some of her siblings in the care of the eldest sibling, a young adult. A social worker who visited the home took the girl to an emergency unit.

A psychiatrist who attended the teenager at the emergency unit said she had suicidal ideation. She told him she had been self-harming for 18 months. The girl told him she felt “very unsafe at home” and if she was sent back she would harm herself and maybe take her life. He said he had referred her urgently to adolescent mental health services.

Asked about the nature of self-harm by Judge Toale, the psychiatrist described it as a coping mechanism.

A social worker team leader told the court the siblings only had one hall door key, so the girl had to be brought back to her home before being taken they took her to a residential unit so that she could let her siblings into the house.

Social workers took her shopping to buy some clothes and she changed at the residential unit.

“When she came out to say goodbye, it was like her shoulders had lifted,” the team leader said.

Counsel for the mother said his client was opposing the application.

Making the order for a week, Judge Toale said there was reasonable cause to believe there was an immediate risk to the health and welfare of the teenager if she was returned home.

“This is the least worst solution,” he said.