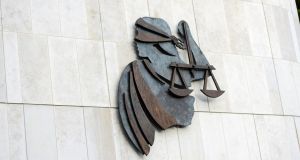 A High Court judge yesterday granted an application from Shell E&P Ireland to fast- track the hearing of the latest legal action against the Corrib project and fixed a trial date on May 20th.

The approach adopted by the Environmental Protection Agency (EPA) to its decision-making relating to licensing the refinery was “nothing short of alarming and extraordinary”, Martin Harrington has claimed.

In the action he is disputing an “extraordinary” amendment of a licence for the operation of Shell’s Corrib gas terminal project.

He has claimed the range of applications to modify the original design suggests the development was “never fully thought out” and continues to be modified.

His action, aimed at quashing the EPA’s amendment of a licence concerning the operation of the natural gas refinery, will be heard at the Commercial Court in May, Mr Justice Peter Kelly directed yesterday.


Disputed
The disputed amendment was made by the EPA last January with a view to ensuring the licence in question, granted in 2007 to Shell E&P Ireland, conformed with a European directive on industrial emissions.

Shell E&P managing director Michael Crothers said determination of the challenge was urgent as it raised uncertainty in relation to the status of the industrial emissions licence.

He said the Corrib gas project was delivering “significant benefits” to the local and national economy.

Operation of the refinery would support 175 jobs, and some 958 people were employed in January and February last, he said.

Some €2.9 billion had been spent on the project to date and it was anticipated a further €116 million would be spent up to June 2014, he added.

Last October, Mr Harrington, Geesala, Ballina, Co Mayo, won, on consent of the EPA, an order quashing a different revised licence issued by the agency for the Shell gas terminal at Bellanaboy, arising from defects in relation to how the EPA carried out an environmental impact assessment concerning the terminal development.

Now he has brought a judicial review challenge to the amendment to the different 2007 licence.

Tributes paid to Ireland’s deputy ambassador to China who died on Sunday 18:28
No acting the goat when it comes to cleaning up Cork graveyard 18:26
Man jailed for three years for ‘barbaric’ circumcision without anaesthetic 18:18
Coronavirus: No new Covid-19 deaths reported in State for first time since March 18:07
Judge to re-watch CCTV evidence in Sil Fox sex assault case 16:11