Irish speaker not entitled to bi-lingual jury for trial 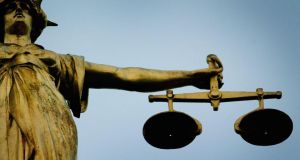 The State opposed the appeal on grounds there would have to be a test of competence in the Irish language which was a legal impossibility due to the need for random jury selection.

A man charged with assault offences has lost by a four to one majority his Supreme Court bid to have a bi-lingual jury, drawn from a specially designated area of Connemara where most people speak Irish, decide his case without an interpreter.

Noting there are no laws here requiring a juror to be competent in either Irish or English, Mr Justice Adrian Hardiman said this was “an extraordinary state of affairs” requiring “urgent legislative action”.

In the sole dissenting judgment, he described the State’s actions in promoting Irish as “uniformly minimalist and grudging”. He did not believe there is any other country in the world “in which a citizen would not be entitled to conduct his business before a court in the national and first official language, and to be understood directly by such court in that language.”

All five judges agreed the case of Peadar Ó Maicín, a native Irish speaker who lived in Rosmuc, Co Galway, most of his life but now lives in Lower Salthill, Galway, raised important constitutional issues involving balancing language rights against the duty of the State to prosecute crimes before representative juries.

Mr Ó Maicín is charged with two offences alleged committed in the south Connemara Gaeltacht on May 28th 2008: assault causing harm to Martin Whelan, also from south Connemara, and unlawfully producing during a fight an article capable of inflicting serious injury, a broken whiskey bottle.

After the High Court found he was not entitled to have his case heard and decided by a judge and bi-lingual jury without assistance of a translator, he appealed to the Supreme Court.

The State opposed the appeal on grounds, even if it was possible to provide a jury who could all understand the case in Irish without an interpreter, which the State denied, there would have to be a test of competence in the Irish language which was a legal impossibility due to the need for random jury selection.

In reserved judgments yesterday, the majority court noted Mr Ó Maicín has a constitutional right to conduct official business fully in Irish and was entitled to have his trial conducted in Irish and heard by a jury aided by an interpreter.

The right to conduct official business fully in Irish was not absolute, four of the five judges found. In some circumstances, because significant numbers of people even in Gaeltacht areas would not be sufficiently competent in Irish, that right must give way to the need to respect the rights of others to use English as an offical language and the competing constitutional imperative that juries be “truly representative”, Mr Justice Frank Clarke said.

As of now, even in Gaeltacht areas, it had not been established if it was possible to empanel a jury with sufficient competence in Irish to hear an important criminal trial without aid of a translator without at the same time excluding a significant numer of otherwise qualifed persons from their entitlement to sit on that jury, he said.

In separate concurring judgments, Mr Justice John MacMenamin and Mr Justice Iarfhlaith O’Neill also found against Mr Ó Maicín. Mr Justice O’Neill said the proposal to select a jury from a specially redrawn jury district of south Connemara would involve exclusions of up to 20 per cent of people who would otherwise be entitled to serve as jurors.

While Mr Ó Maicín had “a strong moral case”, Mr Justice Mac Menamin said the court neither could or should mandate the legislature to tailor a Co Galway jury district in a particular way.

The 2006 Census indicated almost 50 per cent of people in the county and city of Galway said they could speak Irish but those figures included children and people over 70 ineligible to serve as jurors, he said. Some people who professed ability might also not be sufficiently fluent to follow a criminal trial.

It was a cause of regret the defence of this appeal relied on the fact the national language is not the vernacular language of all the people but the diverse nature of the population was also “an undeniable fact” and the Constitution mandated that juries be representative of the entire community. Mr Justice Donal O’Donnell agreed with the majority.

Dissenting, Mr Justice Hardiman said, while the Irish people had made Irish the national and first official language, the State had cast the entire burden of promoting use of the Irish language on successive generations of schoool children.

While the State had instituted an informal screening system to ensure jurors in Dublin have an adequate command of English, it had argued it would be unlawful to operate such a screening system in the interests of producing a jury with an adequate understanding of Irish, he noted.

Mr Ó Maicín was entitled to be tried before a jury who would understand evidence given in Irish, he said. The state of law and practice whereby the State “cannot or will not” provide a jury capable of directly understanding a person defending a serious criminal charge breached the principle that none of the organs of the State may derogate from the pre-eminent status of the Irish language as the national language without offending against Article 4 of the Constitution, providing that Irish “as the national language is the first official language”.