Meraid Hyland-McGuire sought €2.8m for loss of earnings and opportunity 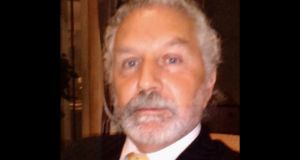 Dr Patrick Hyland-McGuire was, at the time of his death, a consultant in emergency medicine at locations including the Beacon Clinic, which has since named its A&E department after him. Image: Family handout.

A woman whose medical consultant husband died in a Dublin hospital has settled her High Court action against another consultant and two hospitals over his care and treatment.

The settlement, made without admission of liability, is confidential. As part of it, a statement of regret was read in court on behalf of the defendants in the case to Meraid Hyland-McGuire on the death of her husband Patrick.

Among various claims, Mrs Hyland-McGuire alleged a failure to act appropriately in response to an electrocardiogram (ECG) carried out on the 58-year-old at St Vincent’s Private Hospital, Dublin, indicating he had had a heart attack. Had there been an appropriate response, he would probably have survived, she claimed.

In separate defences, the defendants denied his death was caused or contributed to by any wrongdoing, negligence, breach of duty or breach of agreement on their part.

The case opened on Tuesday but, on its fourth day on Friday, Mr Justice Kevin Cross was told by Denis McCullough SC, with Declan Doyle SC, instructed by Gillian O’Connor of Michael Boylan Litigation, for the plaintiff, it had settled without admission of liability.

Making the orders sought, Mr Justice Cross said it was “a very sad case” and it was clear Mrs Hyland-McGuire had suffered a lot. He hoped and believed the settlement would provide financial security for her, praised the lawyers for achieving a settlement and expressed his sympathies to Mrs Hyland-McGuire to her and other relatives of the deceased.

The action had involved a claim for more than €2.8 million arising from loss of earnings and opportunity of Dr Hyland-McGuire, on whom his wife was entirely financially dependent.

The couple were married for some 30 years and Dr Hyland-McGuire was, at the time of his death, earning some €500,000 a year as a consultant in emergency medicine at locations including the Beacon Clinic, which has since named its A&E department after him.

The couple, who have no children, were very close and Ms Hyland-McGuire was “devastated” by her husband’s death, Mr McCullough told the court.

The judge was told Dr Hyland-McGuire admitted himself to SVPH about 10.30pm on the night of July 28th, 2016. Earlier that day, he had phone contact with Prof Winter in which he described various symptoms and diagnosed himself as having diverticulitis, a digestive tract disease.

At SVPH about 5am, Dr Hyland-McGuire experienced a dizzy spell and an ECG was carried out at 5.23am, the court was told.

Mr McCullough said the ECG unequivocally showed evidence of an acute inferior miocardial infarction or heart attack. Their case was the defendants failed to take any or any appropriate action arising from the results of that and other ECGs.

Dr Hyland-McGuire was transferred to SVUH just after 8am, developed cardiogenic shock about 8.40am and lost consciousness. Despite further attempts at resuscitation and coronary medical interventions, he was pronounced dead at 10.59am on July 29th, 2016.