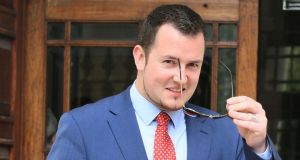 The United States is seeking the extradition of an Irishman whom it claims was an administrator of the Silk Road website which offered anonymity to those selling and buying items including illegal drugs and hacking software.

Opposing the extradition application in High Court proceedings before Mr Justice Paul McDermott, John O’Kelly SC, for Mr Davis, said his client is a “vulnerable” person who suffers from a form of autism known as Asperger’s Syndrome and depression.

Counsel said Mr Davis was objecting to extradition on grounds including, due to his mental health condition he would, if extradited, be detained in the US in inhuman and degrading conditions in breach of his rights.

Evidence would be given that, if extradited and found guilty, Mr Davis would be sent to a medium security prison and the effects of long term imprisonment could be “very serious”.

The formal extradtion request, made under the 1965 Act allowing for extradition between Ireland and the US, is flawed, unclear and vague, it was also argued.

Mr Davis, counsel submitted, should have been charged in Ireland with corresponding offences but the DPP has not investigated and had no intention of charging Mr Davis in relation to his alleged involvement with the Silk Road website.

The Silk Road website was shut down by the US Federal Bureau of Investigation in 2013. Mr Davis, accused of acting as a site administrator using the name ‘Libertas’, was first arrested on foot of a warrant issued by the High Court in 2014.

Earlier, Remy Farrell SC with Ronan Kennedy BL, for the Attorney General, argued the court should make an order for Mr Davis’s surrender to the US.

The charges against Mr Davis are quite clear and the High Court was not precluded making an order for Mr Davis’s extradition because some of the offences he is facing may not have been committed within the territory of the US, he also argued.

Counsel said the Silk Road website was launched in 2011 and operated until October 2013 when it was shut down by the FBI. The site was created and run by American Ross William Ulbricht, who operated under the pseudonymous ‘Dread Pirate Roberts’ (DPR).

Ulbricht was arrested in 2013 in San Francisco, charged with money laundering, trafficking drugs and hacking and was earlier this year sentenced to life imprisonment following a trial by jury, counsel said. The site offered anonymity to its users, where trades were conducted in the on-line currency bitcoins, counsel added.

The US authorities contended, between June 2013 and October 2013, Mr Davis was a site administrator of the website and had an “explicit knowledge” of the items for sale, counsel said. The drugs available on the site included heroin, LSD, cocaine and amphetamines, he said.

Counsel said the evidence being advanced is most of the drug purchases from the site were for individual use, although some were bought in bulk. It is claimed, as part of his alleged role, Mr Davis dealt with queries from the sites users and reorganised certain items that could be purchased on the website into different categories, counsel said.

The site, which allegedly facilitated money laundering, also had a black market directory that allowed buyers the ability to set up anonymous bank accounts and counterfeit bills, counsel said. The US prosecutor’s case against Mr Davis was based on evidence including materials seized from Ulbricht, computer servers used to host Silk Road, and purchases made by undercover agents, he added.