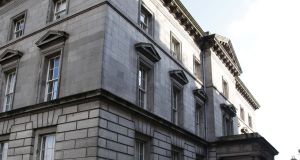 The Court of Appeal ruled the RAT was not obliged to conduct its own investigation but also said there may be special circumstances where that is required. Photograph: Nick Bradshaw

A Nigerian woman who claimed she had fled her home country aged 15 to avoid a forced marriage has, after spending 10 years in what a judge described as the “dysfunctional” immigration system, lost an appeal over rejection of her asylum application.

The Court of Appeal ruled a Refugee Appeals Tribunal (RAT) member, who heard her application, had not been unreasonable in law in concluding the woman’s story lacked credibility.

Giving the judgment of the three-judge court, Mr Justice Gerard Hogan said the woman had arrived here in January 2007, aged 15, and has been in the asylum system since with her case unresolved.

This was “wholly unacceptable and, in its own way, speaks volumes as to how dysfunctional the entire immigration systems has been allowed to become”, he said.

The judge said he recognised an attempt was made to overhaul the system with the International Protection Act 2015. He hoped that reform will not produce cases such as this where apparently endemic delays “blight the lives of those forced to wait indefinitely in our system of direct provision” while at the same time undermining confidence in, and integrity of, the system.

The woman said she was orphaned at 13 and sent to live with her uncle who neglected her, forced her to live on the streets and denied her any education, he noted.Her case was rejected by both a Refugee Commissioner and a RAT on credibility grounds.

She appealed to the High Court which found the RAT’s findings could not be sustained. The High Court granted leave to the Minister for Justice and the RAT to appeal its decision on the basis of questions concerning whether the RAT was required to adopt an investigative role and obliged to contact the creator of the contested documents.

The Court of Appeal ruled the RAT was not obliged to conduct its own investigation but also said there may be special circumstances where that is required.