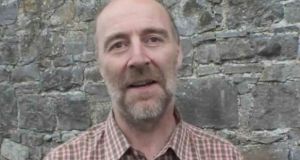 The National Museum of Ireland appears to have accepted it did not apply proper procedures when it suspended one of its assistant keepers over complaints about sexual harassment, it has been claimed.

“The National Museum of Ireland seems to be tacitly saying it did not apply proper procedures,” his counsel Frank Callanan said on Thursday when counsel for the museum asked for another adjournment so there could be correspondence between the parties.

Mr Callanan complained the museum had failed to deliver a replying affidavit as directed by the court last month.

Oisin Quinn SC, for the museum, said the position was “more nuanced” than that. There were a number of difficulties including that certain employees no longer work for the museum and there was now an issue over whether the matter should be dealt with under the civil service code or under another policy of the museum, counsel said.

His side wanted to deal with these matters through correspondence with Mr Halpin’s solicitors and could do so over coming weeks, he said.

Mr Callanan said the fact remained that his client was suffering enormous damage to his reputation in circumstances where the museum appeared to be saying now that proper procedures had not been applied.

Ms Justice Leonie Reynolds said she would adjourn the matter to the New Year.

The judge told Mr Quinn that Mr Callanan had made it clear his side were not interested in further correspondence and wanted an affidavit from the museum replying to an earlier Halpin side affidavit.

That should be provided by January 15th and the case could come back to court the following week, she directed.