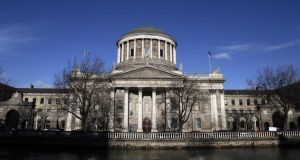 In January 2017, the High Court dismissed Stephen Burke’s action over injuries he said he received at a North Dublin Motocross training event in 2014. Photograph: Chris Maddaloni/Collins

A cross-country motorbike racing enthusiast is entitled to a fresh hearing of his action for damages over an incident in which he was struck by a motorcycle coming behind him at a motocross practice event, the Court of Appeal has ruled.

In January 2017, the High Court dismissed Stephen Burke’s action over injuries he said he received at a North Dublin Motocross (NDM) training event in Gormanstown, Co Meath, on January 19th, 2014.

His bike had just negotiated a double ramp, making him briefly airborne, but when he hit the ground he fell off. A bike which came behind him struck him as he was getting up.

He suffered eight broken ribs and another severe injury which left his upper left limb useless, it was claimed.

Mr Burke (31), a bricklayer of Green Road, Mullingar, Co Westmeath, claimed the motorcyclist who hit him, Stephen Mullally, of Kinneagh, Curragh, Co Kildare, was negligent in failing to avoid the collision.

He claimed NDM and its governing body, the Motorcycle Union of Ireland, trading as Motorcycling Ireland, failed to ensure the motocross track was safe. He alleged failure to have any or the requisite number of flag operators at the event.

The High Court, on the fifth day of the trial, found no case had been made out against Mr Mullally and dismissed the action against him. The case against the other defendants continued but was ultimately dismissed.

Mr Burke appealed to the Court of Appeal. He argued the High Court erred in first deciding there was no case against Mr Mullally.

He argued his case against the organisers and motorbike union was dependent to a considerable extent on evidence from Mr Mullally, specifically in relation to Mr Burke’s claim there was no bike immediately behind him and that Mr Mullally would have had time to see him and take evasive action.

The distance between the two bikes was also central to the issue as to whether or not the organisers had time to warn Mr Mullally of the danger that lay ahead if a flag marshal was present, it was argued.

The defendants opposed the appeal.

Mr Justice Brian McGovern, on behalf of the three-judge court, said the High Court’s finding that Mr Mullally was travelling in close proximity to Mr Burke was a disputed issue of fact.

This finding was made in circumstances where a critical witness, Mr Mullally, had not been heard by the court and was let out of the case, he said. This gave rise to an unsatisfactory situation, Mr Justice McGovern said.

The trial judge had erred in acceding to Mr Mullally’s application for a non-suit against him and in failing to exercise his discretion to defer any decision on the non-suit application until all the evidence was heard, he said.

He allowed the appeal and sent the case back to the High Court for a retrial.