Man sought redress over abuse by named Brothers in 1960s 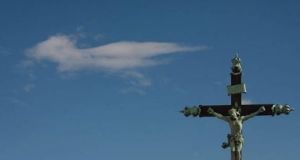 A man who was aged 12 when sent by a court to an industrial school for two years over stealing some food and a one crown coin from a neighbour’s house has won an important Supreme Court appeal over a refusal to consider his redress application.

He sought redress over being allegedly severely physically and sexually abused by named Brothers at the school between late 1962 and April 1964. He said this adversely impacted on him as an adult and he had periods of imprisonment and suffered from sexual dysfunction which lead to the breakdown of his first marriage.

He got new solicitors and applied again in late 2010, supported by reports from a consultant psychiatrist which explained he used repression so as to cope with his memories of his time in care. The Board granted an oral hearing in November 2011 and the man, his wife and a psychiatrist gave evidence.

In January 2012, the Board refused the second redress application after finding there were no “exceptional” circumstances within the meaning of Section 8.2 of the 2002 Act that allowed it exercise its discretion under the Act to extend time.

He went to the High Court in 2016 which ruled he had not shown “good and sufficient reason”, within the meaning of order 84 of the superior court rules, for his delay in seeking judicial review entitling him to an extension of time for such review. He appealed and, by a three to two majority on Thursday, the Supreme Court ruled in his favour.

The appeal centred on the meaning of “good and sufficient reason” in order 84; interpretation of Section 8.2 and the nature of the test to be applied by the Board in deciding if exceptional circumstances exist to extend time. Ms Justice Mary Finlay Geoghegan, with whom Mr Justice John MacMenamin and Ms Justice Iseult O’Malley agreed, found the man had established good and sufficient reason to extend time for judicial review and that his delay in seeking judicial review within the stipulated three month period was due to factors outside his control.

The Board had said, if the man won his appeal, it would reconsider his redress application without need for judicial review and the matter will now be reheard by it. Mr Justice Donal O’Donnell and Ms Justice Mary Irvine disagreed the man was entitled to extension of time for judicial review. In the majority decision, Ms Justice Finlay Geoghegan concluded the High Court was wrong in principle in deciding it could not, when considering whether to extend time for judicial review, take into account a 2016 judgment of the Court of Appeal, McE v the Redress Board.

The McE judgment reversed another refusal by the Board to extend time after disagreeing with the Board about what constitutes “exceptional” circumstances in Section 8.2.

The COA said that term should be construed as “widely and liberally as can fairly be done” because the Act is remedial. Ms Justice Finlay Geoghegan held the McE decision applies, in principle, retrospectively to all persons who, before that judgment, suffered the same or similar wrong as McE.

On all the facts and circumstances, including the change in construction of Section 8.2 as a result of McE, the man has shown good and sufficient reasons for extending time to seek judicial review, she held. Those reasons included being legally advised in 2012, based on then court decisions concerning redress, a judicial review would not succeed. The man was of limited means and said the prospect of having costs awarded against him was “frightening”. It was also not disputed he was in the industrial school between 1962 and 1964, had identified those who allegedly abused him and the 2002 Act established a no fault redress scheme intended to compensate persons like him.