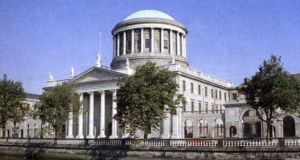 Michael O’Callaghan, of Ardcullen, Holyhill, Cork, won an appeal in 2013 against his 2011 conviction for a March 2009 robbery of Blackpool Post Office in Cork, during which €20,000 was taken by two masked raiders.

A man whose conviction for armed robbery of a Cork post office was overturned on appeal has lost his bid for damages over alleged breach of his constitutional right to a trial “with reasonable expedition” and alleged miscarriage of justice.

While the trial and appeal process in Michael O’Callaghan’s case took four years and four months, it was a “borderline” case whether that breached the rights claimed, Ms Justice Úna Ní Raifeartaigh said when giving the Court of Appeal (COA) judgment.

Having balanced factors including a period of “systemic” delay for which the State was responsible, some inaction by Mr O’Callaghan in getting the appeal to a stage where a hearing date could be fixed and lack of “comparator” evidence about waiting times for criminal appeals, she was not prepared to find the time which elapsed was unreasonable, the judge held.

Now aged in his 50s, Mr O’Callaghan, of Ardcullen, Holyhill, Cork, won an appeal in 2013 against his 2011 conviction for a March 2009 robbery of Blackpool Post Office in Cork, during which €20,000 was taken by two masked raiders.

The Court of Criminal Appeal (CCA) held there was insufficient evidence for the case against him to have gone to a jury.

Mr O’Callaghan was in custody from his arrest in April 2009 until his release by the CCA in July 2013.

After the High Court dismissed his claim for damages in March 2019, he appealed. In its unanimous judgment on Monday, the three judge COA dismissed his appeal.

Ms Justice Ní­ Raifeartaigh, with whom Ms Justice Aileen Donnelly and Ms Justice Ann Power agreed, said Mr O’Callaghan sought damages on grounds he was wrongfully convicted, no re-trial was ordered, he was in custody pending trial and appeal and there was unreasonable delay, primarily after his conviction, in progressing his case.

The “ultimate” issue was whether the lapse of time, 52 months from start to finish including 29 months for the appeal process, brought it beyond the range of what could be considered reasonable under the Constitution given all the circumstances.

Mr O’Callaghan was in custody all this time but, as regards the appellate process, that custody had to take into account he was serving a sentence on another matter until August 2011, she said.

The primary period of concern to the COA was the period during which he was awaiting a date for his appeal hearing.

While some passage of time was to be expected between a notice of appeal and a hearing, the length of waiting period in this case was due to “systemic” problems at the time, caused by an insufficient number of appellate court judges, for which the State or its agents were responsible.

The May 2009 report of a Court of Appeal Working Group noted an “institutional bottle neck” at Supreme Court level had generated undue delays impacting on the CCA when appeal numbers were increasing. By the time the COA was set up in 2014, there was a backlog of 3,000 civil appeals and 600 criminal appeals.

Other factors included that, although Mr O’Callaghan had lodged grounds of appeal in February 2011, he applied to amend those in July 2011 and they were ultimately amended on consent in November 2011, with the effect the appeal was not ready for hearing until that date.

Mr O’Callaghan had established there was a backlog in the appeals process at the time but had not pointed to comparator information which might have assisted the court in forming a view as to what might be considered “normal” or “usual” for the progression of a conviction appeal with the effect the court was forced to take a subjective view.

It was also relevant the court was dealing with a claim for breach of a constitutional right, not for breach of a ECHR right and a further, though lesser, factor to consider, was Mr O’Callaghan’s own conduct, including he had not sought bail.

Balancing all factors, the time which elapsed was not unreasonable and did not breach the right to trial with reasonable expedition, she concluded. For reasons including the lack of “comparator” evidence, she stressed the judgment does not have application beyond this case.