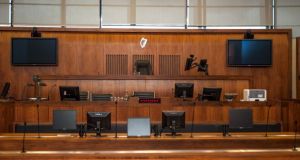 The State’s “appallingly protracted” 18 month delay in deciding whether to deport a widowed Pakistani woman and her daughter who came here in 2014 is “no way to treat people”, a High Court judge has said.

Mr Justice Max Barrett made the remark in a judgment refusing the Minister for Justice leave to appeal the judge’s earlier decision overturning the deportation order.

The mother was initially refused EU Treaty rights here as a family member of her brother, a UK and EU citizen with whom she and her daughter came to Ireland in 2014 when he got a job here.

The deportation order for mother and daughter was made in 2018 after the State authorities implicitly did not accept she was a blood sister of her brother, the judge said.

It was not revisited by the Minister after the woman supplied DNA evidence in 2019 showing she and her daughter were blood relatives of the man.

His judgment quashing the deportation decision raised no points of law of exceptional public importance required for the court to grant leave to appeal, he ruled on Tuesday.

He had “considerable sympathy” for the daughter, now aged 18, who came to Europe as a young child and to Ireland before she was a teenager” and yet has had the prospect of deportation “hanging over her for years when Europe/Ireland has been her home for most of her life”.

Her mother had secured a mathematics related qualification here and the daughter has gone on to further studies after being schooled here, he noted.

He could think of “no other walk of life in which a party could take nearly one and a half years to make a decision, offer no explanation whatsoever for why it took so long and come to court expecting that would be considered appropriate”.

Counsel for the Minister had described the lapse of time as “not so extreme”, saying it “is not seven or eight years”.

He was incredulous that seven to eight years would be offered as “an apparent benchmark for offensive delay”, with an 18 month period to produce a decision being treated “as essentially fine”.

Lawyers for the Minister had sought leave to appeal, arguing the judge’s decision had implications for other cases and raised points of law of exceptional public importance.

The judge disagreed on both counts, saying no case can be fully divorced from its facts and it would effectively be “a miracle” if five exceptional points of law were raised in his seven and a half page judgment quashing deportation.

He rejected arguments he had made a “finding” it was incumbent on the Minister to revisit the deportation order after the DNA evidence was supplied.

While he expressed surprise the decision was not revisited in light of the DNA evidence, and had said he expected some effort would have been made to revisit it, he had also said the Minister was not legally required to do so, the judge stressed.

Earlier, he noted the woman lived in Pakistan until 2009 when her husband of ten years had died, leaving her and their daughter in a “precarious position”.

Her brother, who had gone to the UK about 2001 and secured UK citizenship, moved to help her. She and her daughter lived with him in the UK before coming with him to Ireland when he got a job here in 2014.

She and her daughter settled here and sought EU Treaty rights in May 2015, providing 150 pieces of documentation relating to the familial arrangements in the UK. Their application was refused in November 2015 on the basis insufficient evidence of dependency on the brother had been provided.

The mother sought a review and also offered to undergo a DNA test but the State “did not welcome the offer”, the judge said.

In February 2017, the woman was informed she did not meet the criteria of “permitted family member” under the EEC Free Movement of Persons Regulation 2015 and that a deportation process would ensue.

She made submissions the following month against deportation but received only a letter of acknowledgement to those before being told in September 2018 she and her daughter were to be deported. Legal proceedings ensued.