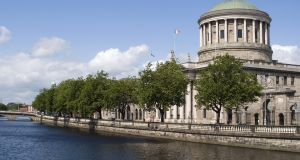 A consultant had set out her opinion that the woman will die unless she is tube fed, the judge was told

The HSE has secured court orders permitting doctors to tube feed an elderly woman said to be close to death due to a very rare food avoidance disorder.

The woman, aged in her 70s, is said to have eaten little except tiny amounts of ice cream for some months and her condition deteriorated to such an extent she was admitted to hospital earlier this month. The case is believed to be the first here of avoidant and restrictive food intake disorder (ARFID).

Áine Hynes, a solicitor representing the HSE, sought orders ex parte from High Court president Mr Justice Peter Kelly on Friday, permitting the hospital to feed the woman by naso-gastric tube. The orders were sought in the context of wardship proceedings.

A consultant had set out her opinion that the woman will die unless she is tube fed, the judge was told.

The court heard the woman had from last November been mostly avoiding food and her weight has fallen from 44kg to 30.75kg with a body mass index of 12.6. She is taking fluids.

The woman had been admitted to hospital earlier this month and has said she did not wish to die and wants to go home, Ms Hynes outlined.

Doctors were of the view she lacks capacity to understand the gravity of her situation.

Mr Justice Kelly said he would make the order sought which was with a view to preserving the woman’s life. The woman is suffering from a very unusual condition and is in “a critical situation”, he said. He also noted the woman’s daughter did not oppose the proposed treatment.

The judge directed an independent medical visitor should carry out a capacity assessment of the woman and report to the court for the purpose of its inquiry as to whether she should be made a ward of court.

The relevant hospital is free of Covid-19 and he anticipated the report would be provided quite quickly as additional medical visitors have been appointed in the relevant area, he said. He also appointed a guardian ad litem to represent the woman’s interests in the wardship proceedings and returned the matter to June 19th.