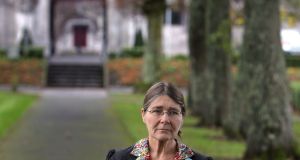 A judge has granted an application by National University of Ireland Galway (NUIG) for a trial of preliminary legal issues before a full hearing of actions by four female lecturers.

They are alleging gender discrimination in a competition for promotion.

The preliminary issues centre on whether the lecturers’ claims can be dealt with by the High Court or must they be first determined by the Workplace Relations Commission and/or Circuit Court.

Mr Justice Donald Binchy on Tuesday granted the college’s application for a preliminary trial. A date for that will be fixed later.

Lawyers for the lecturers had argued the issues would be most appropriately dealt with at a full hearing as the cases raises “complex issues of Irish and EU law” and “matters of national public interest”.

In his brief ruling, Mr Justice Binchy said he considered most of the issues could be decided independently of factual matters at a pre-trial hearing.

Those include whether the Employment Equality Acts modify the lecturers contracts of employment to include an implied contractual right to gender equality and/or confer a cause of action for alleged breach of contract which can be heard by the High Court.

If the answer to that question is yes, the judge said the High Court should also decide whether the Acts require that any proceedings for redress for alleged breaches of rights be heard by the WRC or Circuit Court or could a claimant also seek redress under common law.

Another issue concerning whether the lecturers’ cases were statute barred (brought outside the legal time limits) may involve mixed issues of law and fact, the judge noted. If the judge hearing the preliminary issues considered the statute point could not be determined without a full hearing, that issue would go forward to the full action, he said.

He will give a written judgment later outlining his full reasons for directing a trial of preliminary issues.

The cases arises after Dr Sylvie Lannegrand, Dr Rosin Healy, Dr Margaret Hodgins and Dr Adrienne Gorman made unsuccessful applications for promotion to positions of senior lecturer under a promotion process operated by the college between October 2008 and April 2009.

The four say they were treated less favourably by NUIG on grounds of gender and/or family status. They want various declarations including the promotion process breached their contracts of employment and contractual entitlement to gender equality along with provisions of the 1997 Universities Act, the Employment Equality Acts and EU law.

They also want orders promoting them to senior lecturers from July 1st 2009 and associated adjustments to their salaries, pension rights and other benefits effective from that date. They are also claiming damages.

NUIG denies the claims, pleads the lecturers have no cause of action against it in the High Court and the Workplace Relations Commission is the proper body charged with determining complaints of employment discrimination.

The actions were initiated after the Equality Tribunal found in 2014 another lecturer at NUIG, Dr Micheline Sheehy Skeffington, was discriminated against on grounds of gender during the same promotion process.

The college was ordered to promote Dr Sheehy Skeffington, pay her €70,000 and review its appointments system.