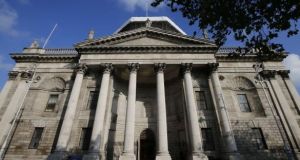 A Dublin based company has claimed that the HSE has failed to honour a contract for the provision of 350 medical ventilators to treat those who contract Covid-19 , the High Court has been told.

Narooma Ltd, which provides various services to the pharmaceutical and life-science industries, claims that late last month it entered into a contract to source and sell intensive care unit medical ventilators, for a sum of just over €7.4m, to the Health Services Executive.

However Narooma claims the HSE has failed to comply with the contract and has not paid it the money, with the result that it cannot provide the HSE with the ventilators.

The company says while the alleged failure to fulfill the contract is damaging to its business and reputation, it also says that the performance of the contract impacts of the “health of the nation” particularly those who contract the virus.

The “swift shipping and delivery of the ventilators”, it says, “is critically urgent.”

As a result of the alleged breach Narooma has sued the HSE. It seeks various orders including one compelling the HSE to transfer the sums due to Narooma under a contract it claims the parties entered into on March 27th last.

It also seeks orders restraining the HSE from taking any steps to avoid its obligations under the contract, as well as an order preventing the defendant from purchasing similar types of ventilators until the sums allegedly due under the contract have been paid to Narooma.

On Tuesday Mr Justice Michael Quinn granted Narooma’s lawyers, on an ex-parte basis, permission to serve short notice of its proceedings on the HSE.

Matt Jolley BL for Narooma told the court that the one of the services the company provides it to help source and provide medical devices to health care professions.

The company, which is based in Swords, Co Dublin, also ensures that all items are in full conformity with European health, safety and environment protection regulations.

Since the outbreak of the Covid-19 pandemic the company has been particularly focused on that activity, counsel said.

Counsel said that under the agreement the ventilators were due to be shipped to Ireland from the Far East in three tranches between April 20th and May 15th next.

Counsel said it was also agreed that his client was to be paid by the HSE by the close of business on March 30th last.

However counsel said that the money has not been paid, with the result that the ventilators cannot be provided by his client to the HSE.

Counsel said that undertakings were sought from the HSE that it would abide by the contract, but none have been given.

Counsel said that correspondence from the HSE after the payment deadline had passed said that a new due diligence was being carried out before any payment could be processed.

Narooma claims that this was the first time that such due diligence was raised by the defendant.

All parties were aware of what was involved in the deal when the contract was entered into, Narooma claims.

The explanation given for the non payment is flawed and is an effort to delay and frustrate the performance of what it says is a binding contract between the parties, it claims.

The matter will return before the court later this week.