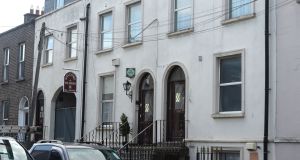 Buildings at Fairview Avenue Lower, in Dublin, which were the subject of a High Court action. Photograph: Dara Mac Dónaill 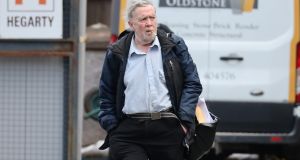 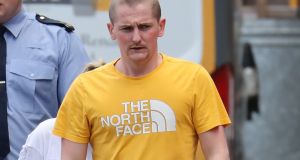 Four men were arrested and brought before the High Court on Tuesday over alleged contempt of orders to vacate properties in Fairview, Dublin, repossessed by a financial company.

Two were Polish tradesmen who said they had no idea there were legal issues about the premises and whom gardaí said were each paying €95 a week for a bedsit that was “not fit for human habitation”.

All four were released after giving sworn undertakings before Ms Justice Leonie Reynolds not to return to the property.

The properties at 2, 3 and 4 Fairview Avenue, in Dublin 3 were acquired in 2002 by businessman Jerry Beades and have been subject of lengthy proceedings.

Earlier this year, Everyday Finance DAC obtained orders seeking the attachment and committal to prison of any persons in breach of an earlier order preventing anyone trespassing on the properties. More than 20 people had resided in the properties, which consist of several bedsits and flats.

The court ruled in November 2019 Everyday was to entitled to vacant possession of the buildings by January 31st .

In March, Everyday, represented by Stephen Byrne BL, said some persons had remained in the properties and were in contempt of the court’s order.

Matters were put “in limbo” until Tuesday morning when gardaí arrested four men and brought them before Ms Justice Reynolds.

The four included Eamon Hunt, who had lived at the property for some time. Mr Byrne told the court Mr Hunt did not participate in the High Court proceedings last November.

Mr Hunt later lodged an appeal to the Court of Appeal but it refused to grant a stay on the High Court order, counsel said.

Ms Justice Reynolds told Mr Hunt he was “well aware” the property had to be vacated by the end of January and was now in contempt of court.

After the seriousness of the situation, including the possibility of jail, was outlined by the judge, Mr Hunt said he was prepared to immediately vacate the property. He would not only not return to the property but would “never set foot in the northside again and would move to the southside”, he said.

Dean Gilroy from Donaghmede, who was also arrested, told the court he had been residing at the property since February as arranged through his uncle, political activist Ben Gilroy. He said he was aware of a problem with the property last February but “nothing had happened since.”

When the judge said “Covid-19 had happened” and this was very serious and “not a laughing matter”, Mr Gilroy undertook to leave the property and not return.

Also before the court were Aleksander Jerzy Wianowski and Michal Grochowicki, whom the court heard had been living at the property since April. Gardaí said they were each paying €95 a week to a ‘Ms Kavanagh’ for a bedsit that was in poor repair, dilapidated, and unsafe for human habitation.

Both men expressed surprise over being arrested, said they had no idea there were issues concerning the premises and agreed to leave. The court was later told their employer had made arrangement for them to stay in Co Meath.

The properties were acquired by Mr Beades in 2002. It was claimed he had borrowed €1.7m from PTSB that year and had defaulted on repayment. Proceedings concerning the properties have been before the courts since 2012 and an order against Mr Beades for possession of the properties was confirmed in 2016.

Separate contempt proceedings against Mr Beades, who denies breaching court orders in respect of the property, remain adjourned and will return before the court at a later date.