‘Disciple of Jesus Christ’ is not an occupation, judge rules 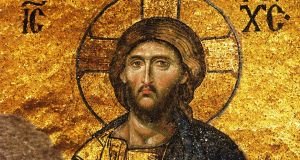 The Central Office of the High Court was entirely correct in refusing to accept a sworn statement in which a litigant described his occupation as ‘a disciple of the Lord Jesus Christ’, a judge has ruled. File photograph: Getty Images

The Central Office of the High Court was entirely correct in refusing to accept a sworn statement in which a litigant described his occupation as “a disciple of the Lord Jesus Christ”, a judge has ruled.

Mr Justice Richard Humphreys said the litigant, who had sought to “duplicitously” challenge in the High Court a decision by the Residential Tenancies Board to fix a market rent for his tenancy, had issued “frivolous, grandiose and vexatious” proceedings.

“The courts are not a playground in which litigants can amuse themselves at will.

“For the court to bask in self-congratulatory patience for quirky insouciance of applicants would be to play the role of a judicial free-rider,” the judge said in a reserved judgment.

The judge said the man and another tenant had sought leave to apply for judicial review to quash the Residential Tenancies Board’s determination.

The application had been filed in the Central Office and the man had put further evidence in the sworn statement.

The Central Office had refused to accept the man’s affidavit, on the grounds that it did not comply with the rules of the court.

The judge said that, in his mind, “fanciful” descriptions such as “disciple of the Lord Jesus Christ” do not constitute a description of occupation.

“If such a mode of description were permitted, one could not stop the next deponent describing themselves in the opening of an affidavit as a ‘Guardian reader’ or the one after that as a ‘keen golfer’ and so on,” the judge said.

He said the applicants had claimed the board’s decision suffered a breach of the internal tribunal procedures and there was no reasonable evidential basis for it.

They had also claimed bias and prejudice on the part of the members of the tribunal and fraud. The judge had refused all the grounds.

The judge said the applicants had already been engaged in an appeal of the board’s decision and therefore could not at the same time seek judicial review of that same decision.

He said the application before him was the fifth High Court action issued by the applicants.

The board had argued the tenants had decided to appeal each and every determination it made and it described their approach as a “tactic to delay and frustrate the proceedings”.

“To weather the efforts of frivolous litigants would have a significant downstream effect on private persons such as landlords in this case,” the judge said, dismissing the leave application.