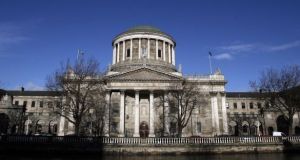 “When one considers that the council has been in existence since October 1st 2005, that is an extraordinary state of affairs”, the judge said.

Disabled children cannot have their educational needs assessed by the National Council for Special Education (NCSE) because the legislature has not commenced parts of a 2004 Act allowing for referrals by parents, school principals or the HSE, a High Court judge has ruled.

“When one considers that the council has been in existence since October 1st 2005, that is an extraordinary state of affairs”, he said.

The children “are not completely without redress” because they can get referrals directly to an education service provider, he said. But it is “not satisfactory” that children with cognitive disabilities which can benefit greatly from early intervention are left “without any statutory pathway” to have educational needs assessed by the NCSE as was clearly envisaged when the Education for Persons with Special Needs Act 2004 and the Disability Act 2005 were passed, he said.

He made the finding in significant judgments on Thursday dismissing most of the claims advanced on behalf of three children in separate test cases against the HSE concerning operation of the statutory process for assessment of needs for disabled persons.

The cases were by a six-year-old boy who, following a second assessment in February 2018, was diagnosed with Autism Spectrum Disorder (ASD) and global developmental delay; an eight-year-old boy with anxiety issues and hyperlexia, (obsession with letters or numbers) who is awaiting services; and a nine-year old-boy whose educational needs were assessed in 2019 after a delay of almost three years and who was awaiting an ASD assessment that same year.

Their complaints included about waiting times for assessments and alleged inadequacy of service statements for the children.

The outcome of the complex cases centred on construction of provisions of the Disability Act 2005, particularly section 8, and the interaction between that Act and provisions of the Education for Persons with Special Needs Act 2004.

The 2005 Act provides a person found to have a disability within the meaning of that Act can apply for assessment of their health and education needs. The assessment officer’s report goes to a liaison officer who issues a resource-dependent services statement setting out what services will be provided and when and where the applicant will get them.

In all three cases, it was argued the HSE was failing to implement, or properly implement, its duties under the 2005 Act concerning assessment of the children’s needs.

Among his findings, the judge rejected arguments the HSE was in breach of its obligations in dealing with applications for assessment of needs on a strict chronological basis within each regional area, rather than on a national basis.

He agreed with the HSE that, for assessments of children to be comprehensive, they should be carried out in their home and school environment. He said the evidence indicated the assessment of needs system generally throughout the country has been improved, with €1.9 billion allocated in 2019 for disability services.

He rejected claims that section 8.3 of the 2005 Act requires an assessment officer, when of opinion an education service may need to be provided to a child, to request the NCSE to assist in carrying out the assessment.

That cannot be done because section 8.3 refers to adult applicants, he held.

Section 8.9 of the 2005 Act relates to child applicants but that referral pathway is not available due to the non-commencement of sections 3 and 4 of the 2004 Act, dealing with preparation by a school of an educational plan for a disabled child and the assessment of a child by or on behalf of the HSE or Council, he further held.

The “unfortunate consequence” of the non-commencement is that a disabled child, who may have educational needs, cannot have those assessed by the Council under the 2004 Act, he said.

He rejected further claims that, where there is either delay or non-provision of services, a liaison officer must give reasons in statements concerning what services are to be provided to applicants. He disagreed that a services statement is defective because it does not specify exactly what services will be provided and instead makes a referral of another entity to carry out its own assessment.

He upheld the applicants claim that the HSE had breached its statutory duty to provide the Minister for Health with annual reports, as required under section 13 of the 2005 Act, concerning, inter alia, the number of applicants for assessment and the “aggregate needs” identified. The HSE had accepted it had produced no such reports since 2014 and that 13 reports provided before 2014 were not published.

Final orders will be made on a later date.