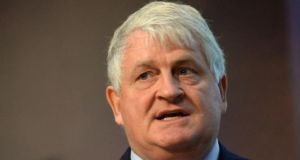 Businessman Denis O’Brien has begun an appeal aimed at establishing the identity of the client who ordered that a dossier be complied on him.

Red Flag Consulting has disputed businessman Denis O’Brien’s claim he is entitled to know the identity of its client for a dossier of allegedly defamatory material about him, including describing him as “Ireland’s Berlusconi”.

Mr O’Brien claims the dossier was compiled for the “hostile” motive of damaging him and disputes Red Flag’s claim it prepared the dossier in the ordinary course of business for a client whose identity it is entitled to keep confidential.

The client’s identity is relevant to the motive behind the dossier and Mr O’Brien is entitled to know if the client is his “absolute sworn number one enemy in the world”, Michael Cush SC argued.

Michael Collins SC, for Red Flag, said Mr O’Brien is engaged in a “pure fishing expedition” and cannot in law seek a document that would disclose the identity of a client to see if the identity is relevant.

The Court of Appeal heard two appeals by Mr O’Brien on Thursday against the High Court’s refusal to order Red Flag discover documents that would disclose the client’s identity and its finding he had not sufficiently established “publication” of the dossier.

The High Court found Mr O’Brien had failed to show the client’s identity was relevant and necessary for his case against Red Flag. COA President Mr Justice Sean Ryan, sitting with Mr Justice Michael Peart and Mr Justice Gerard Hogan, said the court would deliver judgment “as soon as we can”.

Mr O’Brien wants the documents for his action against Red Flag alleging defamation and conspiracy in relation to certain contents of the dossier concerning the Siteserv sale, his charity activities in Haiti and describing him as “Ireland’s Berlusconi” in relation to his media ownership. He also says he needs the documents to consider whether to also sue the client.

Red Flag denies defamation or conspiracy, denies Mr O’Brien had been harmed or suffered loss and has raised issues about how he got the dossier. He has claimed he got it anonymously from a USB stick placed in an envelope left in his Dublin offices in October 2015.

In his submissions on Thursday, Mr Cush said this is a “very unusual” case where the allegation is of a “campaign of defamation” with the objective of causing damage. He was also alleging conspiracy by unlawful means – defamation — and by lawful means with the aim of causing injury.

The question of motive is “absolutely central” to the claims and the High Court applied the wrong test concerning relevancy when refusing to order Red Flag to discover the documents, he said. It was “very relevant” that Gavin O’Reilly and Karl Brophy of Red Flag had an “animus” against Mr O’Brien arising from the circumstances of the departure of both from Independent News and Media, he said.

It was also “quite sinister” the dossier included proposed changes by Red Flag to a speech of Fianna Fáil TD Colm Keaveney and Mr O’Brien did not accept Red Flag’s insistence the amended speech was not part of its work for the client. While Mr Keaveney had not adopted the proposed changes and delivered his own speech, the proposed amendments indicated an intention by Red Flag’s client to use Dáil privilege to damage Mr O’Brien, counsel argued.

Frank Beatty SC, also for Mr O’Brien, argued the dossier was “published” via the USB stick, via Dropbox and from questions put to Mr O’Brien by journalists which, it is claimed, suggested they were briefed on the basis of the dossier.

Mr Collins, for Red Flag, said Mr O’Brien had shown no errors of law in the High Court decision and produced no evidence to show either the client or Red Flag were intent on damaging him.

The fact Gavin O’Reilly and Karl Brophy previously had disputes with INM, of which Mr O’Brien is a shareholder, was not evidence of an “animus” against him. Mr O’Brien had shown no evidence whatsoever he was damaged by the dossier or any evidence of publication of it, he argued. The fact the USB stick ultimately came into Mr O’Brien’s possession in “unexplained circumstances” was “proof of nothing” and the “murkiness, ambiguity and contradictions” concerning how Mr O’Brien got it meant it was “utterly unsafe” to rely on it.

Mr O’Brien was not alleging he was defamed by all the documents in the dossier, counsel noted. He was not, for example, alleging defamation in the document entitled “Moriarty Tribunal Explainer” which repeated many of the findings of the Moriarty tribunal.