Order meant media could not give name of man awarded €400,000 over death of wife 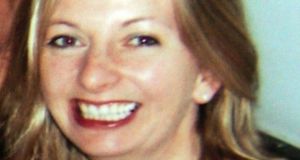 Lynda Collins, who died from injuries when a branch fell on her in 2011: her husband Richard Collins, on behalf of their three children and other dependants, sued the owners of the land that the tree was on 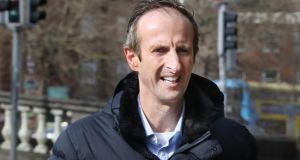 Richard Collins leaving the Four Courts after his High Court action: Mr Justice Kevin Cross approved a €400,000 settlement for the family arising out of his wife’s death. Photograph: Collins Courts

A High Court judge has varied an order after media groups said it stopped them from reporting key details of a case brought by the family of a woman who died when a tree branch fell on her.

Richard Collins, widower of Lynda Collins (45), had, on behalf of their three children and other dependants, sued over her death from injuries sustained when the branch of a chestnut tree fell on top of her on Waterloo Road, Dublin, on February 4th, 2011.

On Thursday, Mr Justice Kevin Cross had approved a €400,000 settlement for the family arising out of the death.

He also made orders under Section 27 of the Civil Law (Miscellaneous Provisions) Act 2008 which the media argued meant they could not publish the name of Richard Collins, Woodbine Avenue, Booterstown, Dublin, who brought the case on behalf of the family, or of the deceased woman.

On Friday, lawyers for The Irish Times, Independent News & Media, RTÉ, Associated Newspapers and the Irish Examiner applied to the judge clarify the order.

John Maher BL, with solicitor Joe O’Malley, on behalf of the media organisations, said they considered the actual effect of the judge’s order was that no member of the family could be identified.

Freedom of the press

Counsel said the father’s name had already appeared in reports about the accident, the funeral, inquest and in an interview he gave to the media.

Counsel argued Section 27 made clear an outright prohibition on reporting the name of any person was not permissible unless that reporting disclosed a particular matter which, in this case, the media had no intention of disclosing. The court’s construciton of Section 27 should be in the manner least intrsuive to the media, he said.

The judge said he was conscious of the freedom of the press and aware of the nuances of Section 27 and had not regarded his order as precluding the media from naming Mr Collins.

Following exchanges with counsel, the judge agreed to vary his order to permit naming the father, and so the deceased.

He said the effect of his original order could raise difficulties in reporting the father’s name and noted the relevant law was perhaps more limited than he had allowed for in his order and it could be strictly construed.

The case arose after the tree branch fell on Ms Collins as she walked home from work. Passers-by made frantic attempts to lift the branch off her, including by using a school desk and a car jack. The tree was in the grounds of a building with a school in it.

Mr Collins sued the property occupiers at the time, the International School of Dublin, and the owners at the time, Emmet Memery, Northumberland Road, and Leo Mohan, Lansdowne Terrace, Shelbourne Road, Ballsbridge, both Dublin. He also sued the Tom Kavanagh who had been appointed receiver over the property at the time. The settlement was against all defendants.

It was claimed there was an alleged failure to ensure the trees in the area were safe and free from defect and there was a failure to carry out an adequate, or any, inspection of the tree.