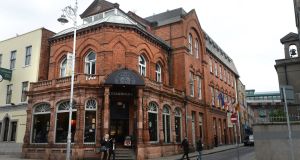 No application to halt works has been made as part of a legal challenge to the development of a family hub for the homeless off Aungier Street in Dublin, the High Court heard.

Dublin City Council has consequently sought some extra time to respond to the challenge, brought by Cllr Mannix Flynn.

It concerns the council’s plan, in partnership with the Peter McVerry Trust, to convert a former tourist hostel at Avalon House, Whitefriar Street, into a hub with 25 individual family units. The council’s original plan for an emergency hostel for single people was dropped following local opposition.

Cllr Flynn says the council, among other things, failed to follow legal requirements in proceeding with the plan and failed to comply with planning legislation. It was done without any form of oversight, planning control or notification to interested parties, he says.

Cllr Flynn was earlier this month given leave to bring the challenge. The case was returned to Tuesday when his counsel said the council had sought four weeks within which to file its reply but his side believed it should be only two weeks.

It was not known whether works were continuing on the development, counsel said.

Counsel for the city council asked for four weeks given the complicated and hybrid nature of the challenge which involves seeking to quash four separate decisions but for which no evidence of such purported decisions had been provided.

There had been no application for cessation of works, the court was told.

The city council is treating the matter with urgency and four weeks was a reasonable timeframe, he said. Mr Justice Charles Meenan said, as the St Patrick’s Day bank holiday would intervene, he would adjourn it for four weeks.