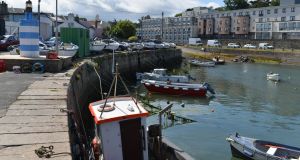 A community group has launched a High Court challenge aimed at overturning An Bord Pleanála’s permission for a development at a fishing harbour in Dalkey, Co Dublin.

Bullock Harbour Preservation Association has challenged the board’s decision to give the go-ahead for the development at Bullock Harbour. The proposed development will consist of two apartments, three detached houses, a marine leisure centre, a cafe, changing rooms and a public square.

The site had been subject to planning applications to Dún Laoghaire-Rathdown County Council which were refused. The second refusal was successfully appealed to An Bord Pleanála in 2018 and the board granted permission for the proposed development last June.

The association, represented by John Kenny Bl, instructed by solicitor Fred Logue, claims that decision is flawed on a number of grounds and should be set aside.

Counsel said the action is being brought on grounds including an Environmental Impact Assessment EIA was not carried out by the board before it decided to grant permission.

The board also did not take into account evidence submitted by the group concerning potential flooding at the site, counsel said. He said a report had previously been submitted as part of the planning process in regards to flooding at the site which was “hopelessly inadequate” and “demonstrably incorrect by a factor of nearly 1,000”.

The association had been provided with expert evidence to show the site could be flooded with “enough water to fill two and a half Olympic sized swimming pools.” Surveys carried out as part of the planning process about the presence of two species of bats in the immediate vicinity of the harbour and the development site were not properly considered, he also said.

In its judicial review proceedings against An Bord Pleanála, the association seeks various reliefs including an order quashing the permission for the development.

The proposed developer, Bartra Property (Dublin) Limited is a notice party to the proceedings.

Permission to bring the challenge was granted on an ex parte basis by Mr Justice Seamus Noonan on Monday.

The judge returned the matter to a date in December.