Boy to get additional €3.5 million after court decision affecting interest rates on awards 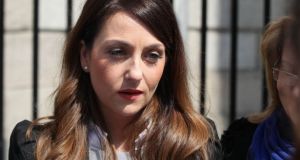 A severely disabled teenage boy’s €9.8m settlement of his action against the HSE has been increased to €13.3m as a result of a significant court decision affecting interest rates on awards in such cases.

Jamie Patterson, who sued over the circumstances of his birth at Dublin’s Coombe Hospital, secured a final lump sum payment of €8m last year. Following an earlier interim payment of €1.8m, that meant he got a total €9.8m settlement, made without admission of liability.

As a result of a later Court of Appeal decision concerning interest rates on such awards, Jamie will now get an additional €3.5m, his counsel Seamus O’Quigley BL told the president of the High Court, Mr Justice Peter Kelly on Monday.

The uplift arose because the boy’s case settled on the basis of a different rate of interest than that approved by the appeal court, counsel said.

Mr Justice Kelly approved payment of the additional monies into court for the benefit of the boy, previously made a ward of court. He also noted the Supreme Court, in a published determination earlier this year, refused to give the HSE the necessary permission to bring an appeal against the Court of Appeal decision.

Jamie (14) has cerebral palsy with spastic quadriplegia and is unable to talk. Through his mother Teresa, of Mountdown Park, Terenure, he sued the Coombe Hospital over alleged negligence at the time of his birth in November 2002.

It was claimed the hospital, having decided to augment Mrs Patterson’s labour with Syntocinon, failed to have any, or any adequate, regard that could cause or aggravate foetal distress without careful and proper monitoring. The claims were denied.

In a separate case on Monday, the judge approved an increase of €232,425 in an award made to Viktoria Curilla, who previously got an interim payment of €2.4m to meet three years care costs under a settlement made without admission of liability. Now aged eight, Viktoria is severely disabled with cerebral palsy, has no speech, is tube fed and is in a wheelchair.

Through her mother Lucia, of Arbored Lawns, New Road, Donabate, Co Dublin, the child had sued the National Maternity Hospital, Holles Street, Dublin, over the circumstances of her birth there on December 29th, 2008. The hospital denied the claims, including alleged failures in relation to delivery of the baby.

The higher sums arose following the Court of Appeal’s November 2015 decision which essentially upheld a High Court ruling made in the case of another severely disabled boy, Gill Russell. The Russell decision altered the existing position where money for future care and expenses is awarded on the assumption, when invested, it will gain interest at an annual rate of three per cent.

A discount to allow for that three per cent “real rate of return (RRR)” (the nominal rate less the rate of inflation) was built into awards over the past decade.

The Court of Appeal adjusted the RRR order to show the RRR on future care was 1 per cent, with a rate of 1.5 per cent applying to all other claims for future pecuniary loss. The effect is higher awards.

Addressing the HSE’s argument about the widespread economic effects of increased awards, the court said, unless the rate was reduced, a catastrophically injured person would have to take “unjust and unacceptable” investment risks with funds necessary to meet their lifetime care costs.

Neither Gill Russell nor other catastrophically injured plaintiffs, nor the HSE, would be in court if governments had not failed over decades to enact laws allowing for the payment of lifelong compensation via periodic payment orders, it added.