€1.2m for man who contracted Hepatitis C from blood transfusion 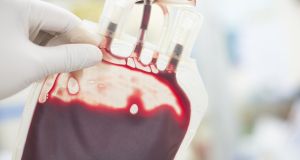 A man who has advanced liver disease as a result of contracting Hepatitis C from a contaminated blood transfusion when he was a child, is to receive more than €1.2m in compensation following a High Court ruling. Image: iStock.

A man who has advanced liver disease as a result of contracting Hepatitis C from a contaminated blood transfusion when he was a child, is to receive more than €1.2 million in compensation following a High Court ruling.

The married man, who is in his 40s, got a provisional award of €647,000 from the Hepatitis C and HIV Compensation Tribunal when he was 20. He appealed to the High Court over the adequacy of an additional compensation award of €200,000 made last year.

In his judgment, Mr Justice Bernard Barton more than trebled the €200,000 award to €620,642. He increased the tribunal’s general compensation award of €150,000 to €220,000 for the consequences of advanced liver disease (decompensated cirrhosis) caused by the Hepatitis C virus.

He increased from €50,000 to €400,642 the award for loss relating to additional childcare costs in a situation where two of the man’s children have special needs and in light of the judge’s findings that the man is substantially, but not completely, incapable of caring for them.

The man argued that the award failed to properly reflect the devastating consequences liver disease has had, and will continue to have, on every aspect of his life, including shortening it and the probability he will develop liver cancer.

He also sought compensation in relation to some childcare costs arising from his inability to assist with his children. His wife works full-time and long hours in a senior position, is not due to retire for some years, and they have a full-time child minder.

In his judgment, Mr Justice Barton noted that the man contracted Hepatitis C as a result of a contaminated blood transfusion given to him as a toddler when he was admitted to hospital in the 1980s over another medical condition. The other condition was successfully treated.

During adolescence, the Hepatitis C illness began to impact on his ability to function meaning he had to decline a promotion to an important position and had to retire aged 20. His physical and mental health had deteriorated considerably since the first award and his degree of liver function deterioration was such, by 2014, the signs of decompensated cirrhosis were “manifest”.

When assessing the earlier award, the tribunal had to exclude consideration of the possible consequences of the man contracting decomonpensated cirrhosis and the man is now entitled to be fully compensated for that, he said.

In assessing €220,000 compensation for development of decompensated cirrhosis, the judge said he had assessed the man “holistically” and had regard to various decisions concerning the compensation scheme under the Hepatitis C Compensation Tribunal Acts.

He said the additional pecuniary loss claim was confined to the capital cost of providing future child care in circumstances where the man has a monthly care allowance of some €2,500 from the HSE for his own maintenance, care and assistance. He allowed €174,930 for the costs of 42 hours of childcare weekly from the time the man turns 65 years until the youngest child reaches their 18th birthday.

He also allowed €125,712 towards childcare costs until the man turns 65. Because two of the children have special needs, he allowed a further €100,00 towards the costs of a live-in carer for a period after they turn 18.