Psychological assessment due on man accused of attempted abduction 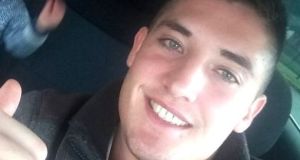 A 20-year-old man charged in connection with an attempted abduction of a pensioner in her late 60s in Dublin has been further remanded in custody.

A psychological assessment is to be carried out in advance of a bail application, a court heard on Thursday.

Gardaí commenced an investigation following reports of an attempted abduction of the woman (69) by allegedly forcing her into the boot of a car, on the morning of January 6th, at Blackhorse Avenue.

Martin Gallagher, with an address at Rusheeney Avenue, Hartstown, Dublin 15, was arrested and charged in connection with the incident.

He made no bail application when he was brought before Dublin District Court on January 9th last.

Detective Garda Paul Kirwan had said at that hearing, the man made no reply when he was charged with assault causing harm to the woman and false imprisonment.

Defence solicitor Michael Kelleher had said his client had been anxious to make the response: “I’m sorry it was a joke that went wrong”.

The accused faced his second hearing, when appeared before Judge Victor Blake at Cloverhill District Court on Thursday.

Directions from the Director of Public Prosecutions need to be obtained, Det Garda Kirwan said.

The defence solicitor told Judge Blake he did not propose to make a bail application at this stage. A psychological report is to be prepared, Mr Kelleher said.

Judge Blake further remanded Mr Gallagher in custody to appear again on February 13th next at the same court. He directed that gardai should be given 72 hours’ advance notice if a bail application will be made then.

However, he agreed to reduce that to 48 hours following submissions from the defence.

Mr Kelleher said the psychological assessment of his client is to take place in the coming weeks and a report will have to be prepared. It will be part of the bail application, he told the court.

Mr Gallagher, dressed in a grey tracksuit, did not address the court but spoke quietly to his solicitor. He nodded to family members in the public gallery when he entered the court and gave a thumbs up gesture at the end of the hearing.