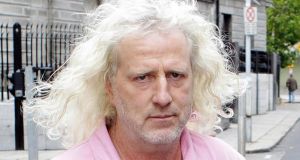 Solicitor for the two, Gareth Noble, told Judge Patrick Durcan that the matter “is to be fully contested”, with the cases likely to last one day in the district court.

Insp Tom Kennedy said that the Director of Public Prosecutions (DPP) has directed that the matters be heard summarily in the district court. He said that full disclosure in the case would be made to the defence this week.

In court, the two accused were joined by a large number of supporters, including Margaretta D’Arcy who sat beside the two for the hearing.

Ms D’Arcy has already served two periods in jail – one lasting three months – after refusing to sign a bond that she not enter restricted zones at Shannon after being found guilty of two separate illegal incursions at the airport. Anti-war activists Dr Ed Horgan and Niall Farrell were also present to give support to the two TDs.

“We believe that we have a responsibility as legislators and as citizens to uphold our neutrality and we have made every attempt inside the Dáil to highlight what has gone on,” Ms Daly said outside court. “We believe that there is very definitive evidence to say that our airport is being used to facilitate the US war machine and we don’t believe that it it something in the interests of the Irish people.

“We will be rigorously defending this. While we were at Shannon, we don’t believe that we did anything wrong. We actually believe that we were doing what we should be doing.

Mr Wallace said: “It should be noted that over two and a half years, we went to great efforts to raise this issue in the Dáil. Former tánaiste Eamon Gilmore and former minister for justice Alan Shatter repeatedly said to us ‘go and get the evidence, we don’t think there is any evidence, so ye go and get it and come back to us’.

“So we went to Shannon looking for the evidence, but obviously we were stopped, but it is pretty clear to most people that the use of Shannon by the US military to continue on two war fronts, to occupy sovereign states illegally and commit war crimes, is something that this State needs to put a stop to because this has gone on for way too long.

“We want to highlight this to the people of Ireland and put pressure on the Irish government that they cannot continue to tell lies, hide the truth because that has gone on for a long time.

Deputy Daly said that “while we were in court this morning, there were three military aircraft at Shannon airport”.

Judge Durcan adjourned the case to January 21st to fix a date for the case to be heard later in 2015.