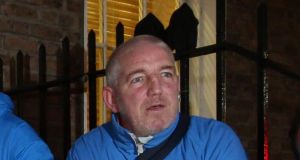 Stephen Clinch (49), who played “Noely” in Love/Hate, is charged with a co-defendant with robbery of €50,730 and possessing a firearm at the Gate Hotel on Parnell Street on the morning of May 11th last. File photograph: Nick Bradshaw

Love/Hate actor Stephen Clinch has been granted bail pending his trial over a €50,000 armed robbery at a hotel in Dublin city centre.

Stephen Clinch (49), who played recurring character “Noely” in the hit RTÉ series, and a second man had been initially held in custody on remand in May.

Mr Clinch, with an address at Millbrook Grove, Kilbarrack, Dublin and his co-defendant are charged with robbery of €50,730 and possessing a firearm at the Gate Hotel on Parnell Street on the morning of May 11th last.

Dublin District Court had heard a loaded 9mm semi-automatic pistol was allegedly put to the head of a security worker collecting cash and it was claimed Mr Clinch later pointed the gun at another employee who gave chase.

He had been initially refused bail and had been held in custody on remand, but he has since had bail granted by the High Court.

He appeared again at Dublin District Court on Wednesday when Judge Grainne O’Neill heard the prosecution’s book of evidence in the case had been completed and was ready to be served on Mr Clinch.

However, defence solicitor Jenny McGeever asked for a one-week adjournment because the independent surety, the person who has stood bail for Clinch, needed to be present.

Ms McGeever confirmed Mr Clinch has taken up bail but she said it had not been anticipated that the book of evidence would be ready by Wednesday.

Mr Clinch, who was wearing a yellow and navy striped polo shirt and blue jeans, was remanded on bail. The actor, who has not yet entered a plea, was ordered to appear again next week when it is expected he will be served with the book of evidence and returned for trial to the circuit court.

In his fictional role in Love/Hate, Clinch was infamously involved in a savage prison attack using a pool cue to attack Fran in the series finale. He also appeared in Darndale: The Edge of Town, a TV3 documentary series about life in the north Dublin suburb.

His co-accused Hugh McWeeney (43), from from Main Street, Belmayne, Malahide Road, Dublin 17, is currently before the courts.