Couple charged with murder of man in his Cork city home 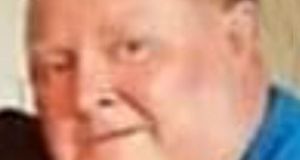 Paul Jones (55) whose body was found in his home on Bandon Road, Cork, in September 2019. Photograph: Provision

A middle-aged couple have been charged with the murder of a man whose body was found in a terraced house on the southside of Cork city last year.

Keith O’Hara (41) and Helen Jones (52) of Cahergal Avenue, Mayfield appeared before Cork District Court charged with the murder of Paul Jones at a rented house in Bandon Road in the city on September 4th last.

Ms Jones’s brother, Paul (55) was found dead in the living room of his home at Bandon Road in the Lough in the city on September 7th.

Family members had gone to the rental property after his teenage son was unable to contact him by phone.

Det Garda Myles Moran evidence of the arrest, charge and caution of Helen Jones. She made no reply to the murder charge when it was put to her after caution.

Det Garda Maurice O’Connor also said Mr O’Hara made no reply when the same charge was put to him after caution.

The court heard the the pair previously appeared in court on lesser charges related to this incident which still stand.

On Monday Sgt John Kelleher indicated books of evidence were being prepared for both accused. Ms Jones and Mr O’Hara will be sent forward for trial at the Central Criminal Court.

Gardaí applied to have both accused remanded in continuing custody to appear at Cork District Court on March 2nd.

The accused were further remanded in custody until their next court appearance by video link next week.

The deceased Paul Jones had lived in Bandon Road for several years. He previously resided at Cahergal Avenue in Mayfield Cork.