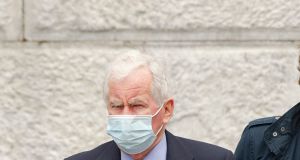 A group of residents living near University College Cork have begun legal action against a landlord over what they allege is his failure to control noise at two of his properties where they allege students are holding Covid-19 lockdown parties into the early hours of the morning.

Members of the Magazine Road and Surrounding Areas Residents Association have been campaigning for the past two months to get students to stop holding parties where they allege up to 50 people have attended in contravention of Government guidelines on Covid-19.

On Friday two residents took a case to Cork District Court where they were seeking to bring private prosecutions under the Environmental Protection Agency Act 1992 against a landlord with two properties in the area whom they allege is allowing breaches of noise levels.

Ms O’Mahony alleges Mr O’Reilly is “the person making, causing, or responsible for the following noise, namely loud music, persistent shouting and rowdy and aggressive behaviour during the day, late into the night and into the early hours of the morning” at 11 Highfield Avenue, College Road.

Ms O’Callaghan alleges Mr O’Reilly is “the person making, causing, or responsible for the following noise, namely loud music, persistent shouting and rowdy and aggressive behaviour during the day, late into the night and into the early hours of the morning” at 4 Dunedin, Connaught Avenue.

They both allege that “the noise is so loud/so continuous/so repeated or of such duration or pitch/ occurring at such times as to give reasonable cause for annoyance to the complainant, any person in any premises in the neighbourhood or any person lawfully using a public place.”

On Friday, before solicitor David McCoy could open the case for Ms O’Mahony and Ms O’Callaghan, Judge Con O’Leary said he wanted to explain to the two residents bringing the case that he once owned an apartment in the same area as a property owned by Mr O’Reilly.

“I don’t want someone to say afterwards that we (the judge and the landlord) were friends,” said Judge O’Leary, adding that he no longer owned the property but he believed that it was best that he adjourned the matter for another judge to hear it, lest it be perceived he was not objective.

Solicitor for Mr O’Reilly, Eamonn Murray, suggested the case would be best dealt with by referring it to the Private Residential Tenancies Board (PRTB) rather than dealing with it under environmental legislation and he asked Judge O’Leary to make an order to that effect, referring to the PRTB.

But Judge O’Leary said that it would not be appropriate for him to make such an order, given he was recusing himself from the case and it was an application Mr Murray could make before Judge Olann Kelleher who would hear the case at 2pm on Tuesday at the Anglesea Street Courthouse.

Mr Murray applied for a longer adjournment but Judge O’Leary said that he did not “live in a bubble” and was aware from prolonged press coverage about residents’ concerns about the issue and he was anxious the matter be dealt with as quickly as possible and he adjourned it until Tuesday.

“There is another weekend to be gone through. In the meantime I cannot do anything about that,” said Judge O’Leary to the residents as they left the court and he assured them that Judge Kelleher would hear the matter on Tuesday as he knew none of the parties involved.